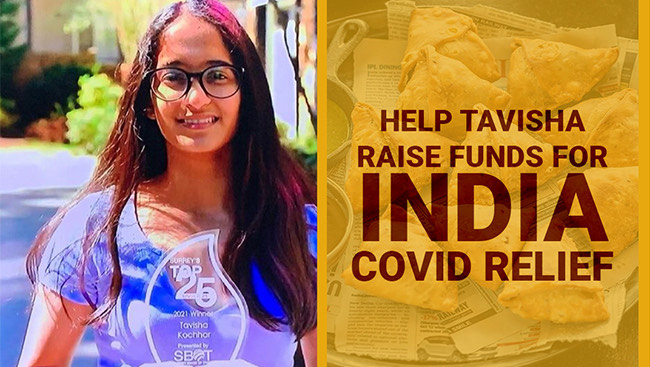 WATCH: Tavisha Kochhar young teen humanitarian is doing her part to fundraise for the COVID19 crisis in India
ADVT

As a crusader for women’s education, Dr. Yacoobi is campaigning to reform an education system crippled by previously imposed Taliban sanctions.

Through her organization, 17,000 ft Foundation, Sahu has successfully established libraries in 230 schools and playgrounds in 140 schools in Kargil and Leh.

Under their organization, Doctor for Beggars, Dr. Abhijit Sonawane and his wife Dr. Manisha Sonawane treat individuals that do not have financial means for medical treatments.

What stands unique to this year’s elections is a mayoral candidate, of South Asian descent, presenting a serious challenge to be the first South Asian mayor that Metro Vancouver has seen – four-term City Councillor, Tom Gill.