For years now, mainly African-American & white artists have dominated mainstream Pop-R&B. The music has become iconic and the abil­ity to reach stardom is highly unlike­ly. Luckily, the scent of ”change” has emerged. Far across the Atlantic, in the UK, South Asian artist, Jay Sean is changing the face of Pop-R&B. 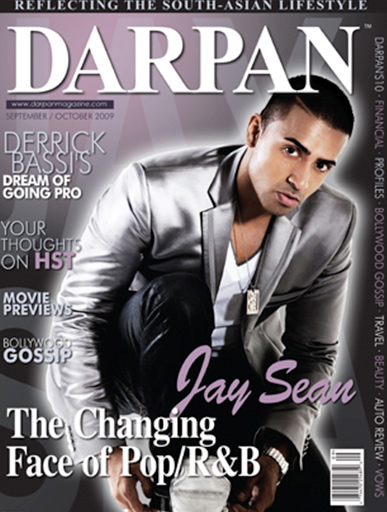 “I have such a great sense of pride and accomplishment. I am truly blessed. Me getting to this point pro­vides me the opportunity to show people what our culture is all about. Our community is just as or even more so musically inclined and now is our time to show the world that we are just like everybody else. The fact that my grandfather and my father had to hide their identity to assimilate into culture was unjust. They did not think that such barriers could be broken in their lifetime. I take it very seriously that I have one shot to make it – not just for myself, but my community.”

Jay Sean, whose real name is Kamal­jit Singh Jhooti was born on March 26, 19981 in the Southhall neighbour­hood of London. He inherited his stage name by reworking the ‘J’ from his last name and ‘Sean’ from the doting adjective ‘Shaan’, which in Punjabi translates into ‘star’. His family originates from the Pun­jab area of Jhelum, British India, which is modern day Pakistan. Like many im­migrants, his parents and grandparents, who were born and raised in India, had a difficult progression adapting to British life. “My grandfather, who originally had a turban and beard and to cut his hair so that he would be more accepted into West­ ern culture. This was difficult since he had to give up his cultural identity so he could get a tedious job in a sausage making fac­tory. There was a lot of racism in those days and Sikhs had to do whatever they could, to integrate.” 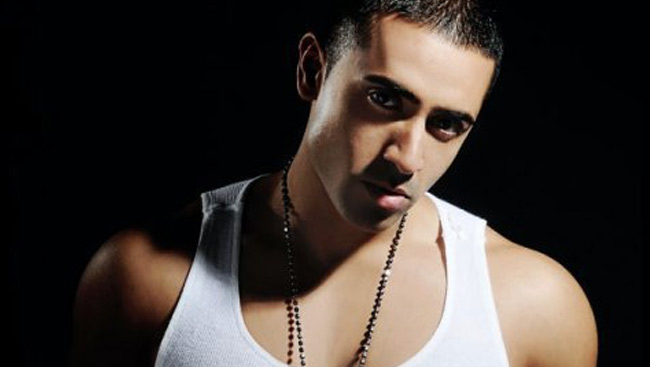 DM: What is your favourite sports team?

DM: What is your favourite movie?

JS: Rocky…. I was a fat kid and wanted to look like Sylvester Stallone

DM: What is your favourite music artist?

DM: What musical artists do you want to work with?

DM: What is your favourite book?

DM: What is your favourite place to go to while on tour?

DM: What places do you want to go to, that you have not yet?

DM: What do you do during your downtime?

JS: I hang out with my friends, watch TV, and go for dinner

DM: What is your favourite food?

JS: I love meat, so chicken, fish, and of course steak.

DM: What is your favourite Indian food?

JS: Paranthae with Yogurt and a big

As a youngster, Jay Sean attended a pri­vate boy’s school, Latymer Upper School in Hammersmith. He was introduced to music at the age of 11, when a cousin de­cided to start a band. As a child from a Punjabi family, music was not considered a traditional occupation and his parents encouraged him to focus on his studies. He academically excelled and won him­self a scholarship at Barts and The Lon­don, Queen Mary’s School of Medicine and Dentistry to train as a doctor. Even though he could not have dreamt of his eventual success, his heart thumped along with the pulse of music and as a teenager discovered his vocals. “I am not going to say that I knew I would get to where I am today – that would be foolish. However, I would be lying if I did not say, like many, I use to sing and dance with my hairbrush and imitate musicians like Michael Jack­son.” As fate would have it, music proved itself to be a language that transcends cul­tural borders and after two years of school, Jay Sean dropped out to develop his music. “My track, ‘One Minute’ made its way to producer, Rishi Rich and the rest is hist­ory. It was phenomenal. I signed with Vir­gin Records and left school. I have to say that my parents and family were support­ive. I have a great relationship with them and communicated each step of my move into the music industry. I felt that if I was open and honest, things would work out for me. There is no sense in doing things behind your family’s back and not being honest.” 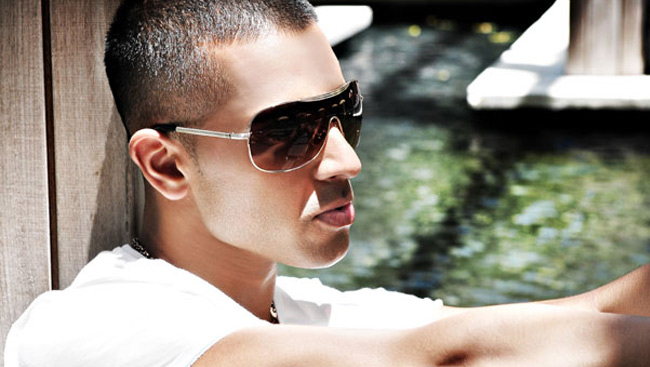 Jay Sean’s preamble to chart success came about with his first song “Dance with You”, which was a collaboration with Juggy D and Rishi Rich, became an in­stant hit and was followed by other songs like ‘Stolen’ and ‘Eyes on You.’ “My first album ‘Me Against Myself’ released soon after and I was proud that it received so much praise, not only from the UK, but in India as well.” In February 2006, the art­ist, who had a fall out because of delays and creative differences with his second album, parted ways with Virgin Records. 2007, sparked a resurgence for the artist, who spent time reflecting on his experi­ence with Virgin and channelled it into writing new songs. In late 2007, under a joint-venture deal of his own label Jayded and 2Point9 Records, Jay Sean released his second album, ‘My Own Way’. The album debuted at number six in the UK and had five successive UK top 20 sin­gles. Within the category of award shows, Jay Sean was nominated amongst heavy weights like, Ne-Yo, Estelle, and Chris Brown, which exemplified that he was be­coming a household sensation.

In October 2008, Jay Sean publicized he had signed with American hip-hop label Cash Money Records, which is part of Universal Republic Records. As the first South Asian singer to sign with an Amer­ican label, his accomplishment has wedged open an opportunity for the world to see showcase South Asian culture. The artist debuted his first single, ‘Down’, which fea­tures Lil Wayne in June 2009 and has be­come an instant hit. It has zoomed its way up the Billboard charts and has become one of the most played songs of the year, amongst notable artists like The Black Eyed Peas and Sean Paul. Jay Sean is now working on collaborations with other art­ists, like Drake, Akon, and H-Dhami. “ I was very fortunate to work with L’il Wayne. He was so creative and the experi­ence was very rewarding.”

Jay Sean is always observing and ab­sorbing his life and surroundings and is inspired at times by the most unresponsive things in life. “I know myself and I never force the creative process. If it is 10pm and I have an idea for a song, I will call up my producer and let him know that I want to go into the studio. You cannot control creativity within a time span – it just kind of comes, when it comes. There are no re­straints and I like to keep the whole process organic. My inspirations for music come from everywhere – my life, relationships, even people in cabs at times. I am a total people watcher.” The artist is cemented in his creative process and confirms he will continue to do what comes naturally to him. “I want to just focus on writing more quality music. I feel it is working out this way and why fix what is not broken. I want to remain consistent and focused for my­self and my fans. They [fans] have been unbelievable. They are diehard fans. I get messages all the time….everyday that they have so much pride in my success not only as an artist, but as a Punjabi guy. I thank all my incredible fans. Thank you.” 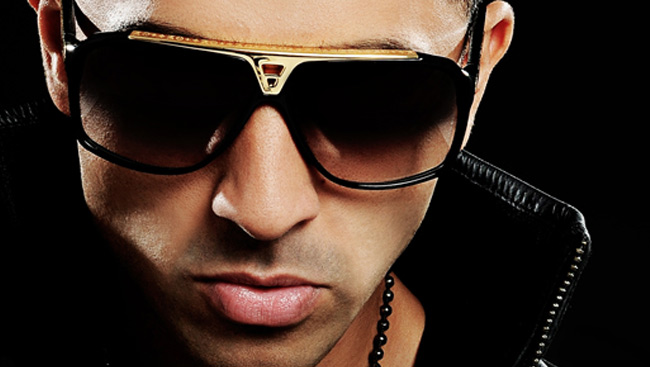 “Everyone has a passion. For me it has always been music. I have been very for­tunate that I have had a supportive family and I have worked tremendously hard to achieve what I have so far. My younger brother is gifted in directing, so he directed my last video. It was awesome to work with him. I have learned so much since I started in this business. Dream big and work hard. I am thankful that my label is so supportive – they are like my extended family and I like to work with my own lit­tle team. This gives me the ability to really take ownership and spearhead what music I am making. To me it is important that I make really good quality music. This will make me remain strong in the music in­dustry – being true to my identity, my val­ues, my family, and my music..”

Jay Sean admits that his only obstacle was frequent attention to his race rath­er than music. “I have such a great sense of pride and accomplishment. I am truly blessed. Me getting to this point provides me the opportunity to show people what our culture is all about. Our community is just as or even more so musically inclined and now is our time to show the world that we are just like everybody else. The fact that my grandfather and my father had to hide their identity to assimilate into cul­ture was unjust. They did not think that such barriers could be broken in their life­time. I take it very seriously that I have one shot to make it – not just for myself, but my community.” Times have definitely changed. It seems like minute by minute, as the world grows smaller, South Asians are making and leaving their mark. Jay Sean is putting an international face on the burgeoning POP-R&B movement.