Did you ever wonder what the true meaning of Vaisakhi is?

Initially, Vaisakhi originated in Punjab, India and is now celebrated across the world. The ancient tradition symbolizes prosperity, happiness and freedom for various cultures and religions. From a cultural perspective, Vaisakhi is a harvest festival. Since most Punjabi’s are farmers, a fruitful harvest season is crucial as it determines access to resources and security. To celebrate a successful harvesting season, Punjabi farmers take part in lively festivities and folk dances like bhangra. Above all, the community thanks the Almighty for the generosity and prays for another prosperous year.

More importantly, Vaisakhi signifies the birth of the Khalsa Panth. We all recognize that Vaisakhi is an important tradition for the Sikh community, but do we know why? You may have heard your parents say, “We are here today because of the courageous actions of our Gurus,” but do we know what actions they are referring to? Our history is enriched with the heroic tales of Saint Soldiers who made it their life’s purpose to protect everyone from tyranny and injustice. Rich or poor, Sikh or not; equality is of the utmost importance. One particular battle against injustice triggered a life-altering change for the followers of Guru Nanak. Guru Tegh Bahadur Sahib Ji was martyred in Delhi to protect the Hindu priests from the Mughal Empire. 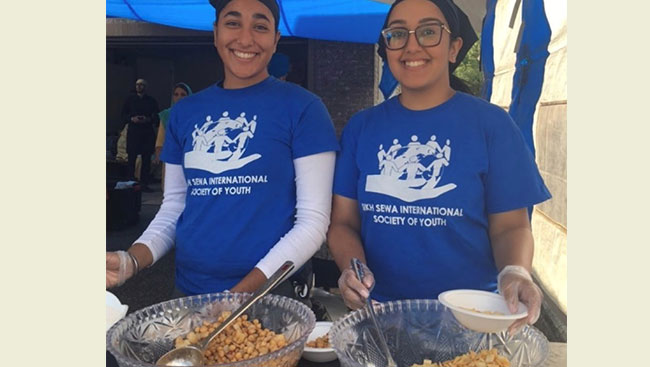 Their sacrifice allowed Hindu priests to practice their desired religion without the Mughals terrorizing them to convert to Islam. As the tenth successor, Sri Guru Gobind Singh Sahib Ji decided to establish the Khalsa Panth, The Way of the Pure. The Khalsa Panth are warriors with the duty to protect the innocent from tyranny and injustice. The ceremony is called Amrit Sanchar. During this ceremony, those who receive Amrit (holy water) become Amrit Dhari (baptized). All who wish to follow this path are to take part in the Amrit Sanchar and to forever uphold the Sikh Code of Conduct.

Since the birth of Khalsa in 1699, the Sikh population has multiplied to approximately 27 million! The culture and religion are now represented in every continent, with the majority inhabiting the U.S., U.K., and Canada. The religious purpose of Vaisakhi is to celebrate the birth of the Khalsa Panth. The public celebration involves singing of holy hymns in the community, commonly known as the “Sikh Parade or Nagar Kirtan.” As a bonus, everyone is educated about the Sikh religion and enjoys free food! From a cultural perspective, Vaisakhi is a time for people to praise the lord for a successful year. Businesses and stores offer gifts and great deals at this time of happiness. Now's the time to buy that new iPhone you’ve been eyeing the whole year! At last, now you know the true meaning of Vaisakhi. At this year’s celebration, enjoy time with the congregation and be sure to try some gulab jamuns!

Fear travels faster than the virus itself.

“Not too many people want to take a chance on an immigrant. This is sad, but true,” mentions the marketing professional who worked as an Assistant Marketing Manager in Bangalore, back in India.

Thousands of workers and their families rely on this as their only source of income, and having an influx of ridesharing companies will saturate the business, thus negatively impacting the pre-existing industry.

All across the world, there are many people who have to spend their entire day searching for water, and in many cases, this water isn’t even sanitary.

If you want to live longer, reduce levels of inflammation throughout your body and delay the onset of age-related diseases -- eat less food, say researchers.

The research team also found that half of cardiac events occur in the last mile of a marathon or half-marathon, so maintaining a steady pace rather than sprinting is advised.