Conspiracy To Kill Shujaat Bukhari Was Hatched In Pakistan: Jammu And Kashmir Police

IANS, 28 Jun, 2018
The Jammu and Kashmir Police said on Thursday that the conspiracy to kill noted Kashmiri journalist Shujaat Bukhari was hatched in Pakistan and that the Lashkar-e-Taiba (LeT) carried out the crime.
Inspector General of Police S.P. Pani told the media: "This terror crime was done by LeT and the conspiracy was hatched in Pakistan."
Giving details, the police chief of the Kashmir Valley said: "Investigation has established that there was a campaign in certain social media platform against Shujaat Bukhari spreading hate campaign, malicious and intimidating...
"With the cooperation of service providers, tangible evidence has been collected that the individual behind the hate campaign belongs to LeT terrorist organization and all the content on social media was posted from Pakistan." 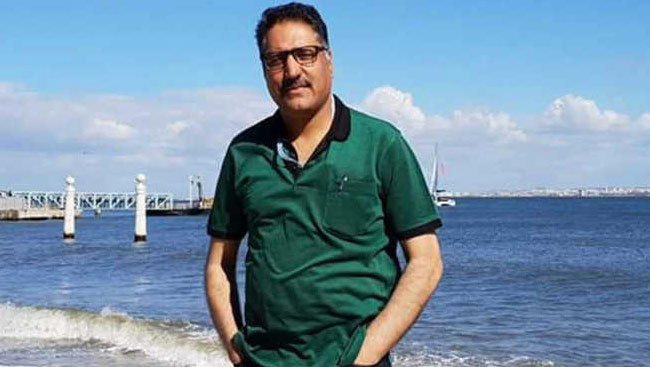 Pani said the person associated with publishing malicious articles against Bukhari was a Sheikh Sajad Gul alias Ahmad Khalid of Srinagar who is associated with the LeT and presently in Pakistan.
Police had issued pictures of three bike-borne individuals fleeing from the crime scene after gunning down Bukhari, editor of "Rising Kashmir" English daily, on June 14.
The identity of the accused was given as Muzaffar Ahmad alias Talha of Qazigund, who has been active since January 2018, Naveed Jatt alias Hanzullah of Pakistan-administered Kashmir, who had escaped from judicial custody, and Azad Ahmad Malik alias Dada of Bijbehara, who has been active since December 2016.
Bukhari was killed along with two of his security guards in Press Enclave area of Srinagar city
Prev Next

Eyewitnesses said the plane was seen hurtling down in the narrow Jeevdaya Lane area of the Gujarati-dominated suburb and crashed with a deafening roar before breaking into pieces and bursting into flames around 1.15 p.m.

Her remarks came a day after Secretary of State Michael Pompeo called his Indian counterpart Sushma Swaraj on Wednesday and announced the postponement of the dialogue scheduled for July 6.

A Canadian national was allegedly raped by a man whom she met at a pub in south Delhi's Hauz Khas area last night, the police has said.

The Punjab government has also ordered a vigilance inquiry against the revenue officer.

The incident took place at about 10 pm yesterday under Adampur Police Station area when Kuldeep, 25, was returning to his house in the village on a bike from community centre's volleyball ground

Earlier this month, Commander Abhilash Tomy of the Navy put out a message on Facebook announcing his profile will go "silent" beginning July 1.