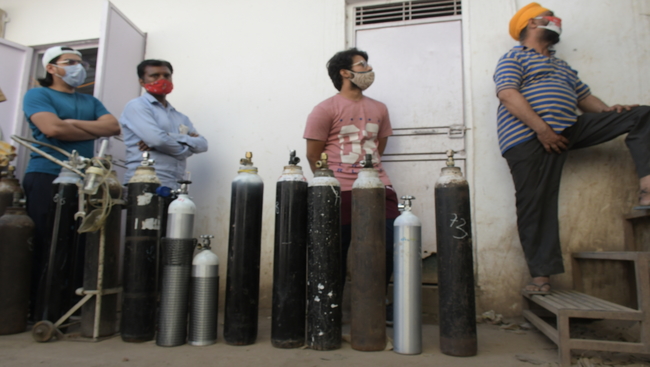 COVID19 continues to pose a threat for India with a major oxygen shortage, hospitals go to court
ADVT

Social media is flooded with desparate pleas from people for oxygen for their loved ones while others have no option but to circle hospitals in the capital Delhi while begging for a bed.

Manjinder Singh Sirsa, President of the Delhi Sikh Gurdwara Management committee & National Spokesman of the Akali Dal shared a celebratory tweet on Sidhu's release along with pictures and video on Instagram.

The situation has gotten so dire that not only are Indian doctors begging for oxygen but the hospitals are filling up with COVID19 positive patients so fast that people have been dying on the pavement outside a well known hospital in the capital Delhi.

The SKM has also alleged that the government instead of strengthening the farm sector is creating cheap labour in metropolitan areas through an agricultural crisis.

The students didn't appreciate the annoucement as it would mean additional expenses and adhering to COVID19 protocol during their stay in Dubai.

Farmers union president Ugrahan made the bold announcement that on April 21 thousands of farmers including youth, and women from Punjab would once again march towards Delhi.