While we debate on whether social media is a boon or a bane, it continues to proclaim its invasion and dominance over our lives, which many of us don't mind. Here is a look at why we really need social media in the globalized society of today

Much has been said, a lot has been researched academically and scientifically, and even more has been publicized in context to the impacts of social media, individually and collectively. Although the positives and negatives both weigh down as substantial elements affecting the personal grooming of a person, we cannot deny that there is no going back from social media. Whatever might be your reason; having a social media account is swiftly becoming or perhaps has already become a necessity we cannot ignore. It is here to stay.

The pro-social media project a perspective that traces social media as a tool to trigger movements, create campaigns, raise awareness and in some cases challenge authorities. A very successful case-in-point is the Ice Bucket Challenge that raised a total of $220 million USD globally, according to ALS Association CEO Barbara Newhouse.  The viral campaign cajoled personalities from around the world including Oprah Winfrey, Bill Gates and Lady Gaga to soak in freezing ice-cold water to raise funds for Amyotrophic Lateral Sclerosis (ALS).

Another example is the ongoing fight for the freedom of three Al Jazeera journalists, convicted in Egypt. Journalists, activists and individuals from around the globe have galvanized a campaign against the Egyptian regime by propagating the hashtag - #FreeAJStaff and #JournalismIsNotACrime.

Collectively, the medium is perfect to communicate and voice ideas. The message is short, crisp and direct and the reach is unthinkably profound. Because of its personal and direct nature, we associate and overwhelm ourselves with a plethora of emotions that constantly flood our news feed. Based on observations, it can be said that when acting ‘collectively,’ we as people act smarter. In a broader sense, it can be understood that emotions, thoughts and moods are transmitted faster and act as contagions to web them across our social networks. 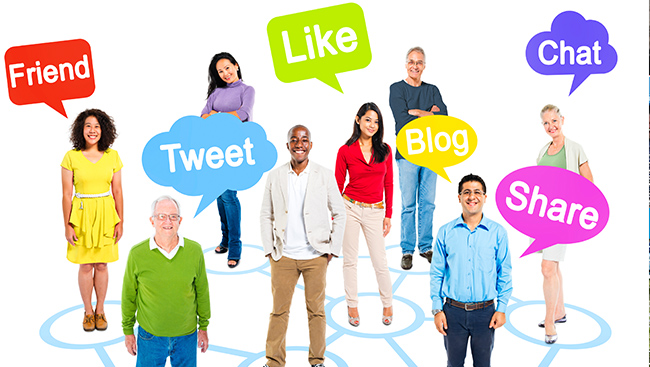 It is a perfect platform for protests where voices from around the world come under one roof to firstly draw knowledge upon and secondly reprimand undemocratic procedures and decisions that can happen anywhere. In 2012, Martha Payne, a nine-year-old schoolgirl started a blog ‘NeverSeconds,’ which featured photographs of the £2 school menu she was having for the day. Payne would give her thoughts on the meal with ratings that included - health rating, pieces of hair and Food-o-meter. Once the popularity of the blog escalated to raise over £2000 for charity at that time and even made headlines in a newspaper, Payne was asked by her head teacher to stop taking photographs of her school dinners. We can only imagine the undisputed outrage this devised on social media and consequently, the school council complied with the unanimous voices. Payne has raised over £143,860.80 GB for Mary’s Meals at the time of writing, according to JustGiving, an online fundraising platform.

As the sphere of social media is expanding, it is giving individuals more power. More power translating into power to question authority figures, expose corruption, participate in activism and fortunately for many, power to ‘follow’ and stalk celebrities on social media platforms such as Facebook and Twitter. These powers are just a fragment of the revolutionary tool social media
has become, evolving an inch further each day, to help instill transparency.

Diverging from the humanitarian ground, social media has also come as a boon for businesses and politics as well. Marketing campaigns have become competitive, leading businesses to invest generously in designing strategies. The market is profusely abundant and the prospects are unbelievable.

For politicians, this is a forum they cannot afford to miss. In fact, politicians are urged by their respective parties to address potential voters and also criticize opposing members from the political circles. Public relations personnel are hired to effectively launch politicians and their campaigns before elections. Video clips and pictures of ministers engaging in community work are circulated, and funds are spent lavishly to pump the numbers of subscribers and followers. It has become quite an expensive affair. With its ascending influence, particularly on the younger votes, political parties are grooming themselves to maximize participation and leverage electorate behavior in their interest. Whether this argument should be placed as pro, I leave that up to you.

On the lighter side however, the landscape is fruitful to earn the likes of a versatile audience and become an overnight sensation. Pinterest, Instagram, blogs, YouTube and other such forums are the new gateways to fame, giving people control of how and where they choose to ride
their followers. 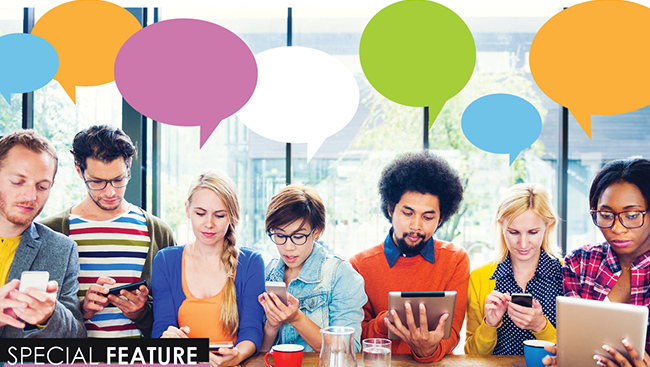 Anyone coming out from college will understand just how significant social media is to network with the right profiles and click the right opportunities in order for your career to grow. For companies, this is a stage to distill profiles of numerous prospective employees. For this reason, a lot of individuals are actually creating profes-sional profiles and linking them with their résumés and cover letters.

Of course the repercussions of social media are equally powerful – cybercrimes, digital peer pressure, harassment, addiction, depression and countless others factors have ingrained into social media making it a precarious platform.

Lance Ulanoff, chief correspondent and Editor-at-Large of Mashable.com, a leading source for news, information and resources, took a social media break that lasted for more than a week. Ulanoff took refuge of a journal to record his thoughts during this break. During the course of his experiment, Ulanoff made some interesting entries in his diary, and I would like to share some here - “12-22-2014, Mid-morning- ‘Is there a patch for this?’ says my wife, ‘Like a nicotine patch?”

“12-22-2014, You quickly realize how often you use social media to fill dead spaces.” “12-23-2014, I feel a little bit like I’ve lost a friend. Have found I can now check Google News and Mashable and fight back the urge to Tweet. A story of mine got posted while I’m on vacation. I can’t promote it. Sigh.”

Ulanoff described his experience after the successful completion of his social media break on Mashable. He said, “I didn’t learn that social media is inherently evil or good. It’s just something to be used in moderation.

Perhaps I lost sight of that and did start to overuse it a bit. I don’t have to obsessively check it or share something new every ten minutes. When I’m at home, I can use it less and listen more. That effort certainly made a difference during this social media break.”

The point is not to classify social media as good or evil, rather to understand the intricacies and opportunities that this new internet age has instilled upon us. Indubitably, this revolutionary tool can become a boon or a bane but we cannot outdo its significance. Be cautious, be aware and more importantly be active (you know where).

Sugar can have a strangle hold on your health if you let it sweet talk you.

Speaking on monetary terms, with the influx of viewers on YouTube sourcing from 61 countries, thousands of channels are making six figures a year. It is no surprise that advertisers are hoarding these channels.

This holiday season, think outside the box and make sure your gifts are memorable

Small Business: From Idea to Execution

What is a small business? From 'idea' to 'open' and the research in between!

HIGHER EDUCATION: Is it worth it?