Garima Goswami, Darpan, 28 Jan, 2014
Fashion, style and trends. These  three words have elaborately classified past decades and  streamed a breath of fresh air into them. One very strong factor that distinguished the 1970’s, 80’s, 90’s and all the other decades was fashion, whether it be in textiles, accessories or hairstyle. Fashion has lavishly bestowed these eras an image that instantly crosses our minds as one tosses over a conversation in conjunction with a particular period. Fashion can only be created by innovative, forward-thinking designers, and this holds true for Waris Ahluwalia – a popular designer, actor, model and fashionista, whose creations are not only beautiful and mesmerizing, but his classy designs and intricate pieces have dazzled eminent celebrities, socialites and personalities.
A noted name in the New York fashion industry and social circle, Ahluwalia has sophisticatedly blended royalty to pacify the fashion dreams of not only Hollywood but also those who may not have encountered how customary designs fit in to the urban landscape. Through his brand ‘House of Waris,’ Ahluwalia has produced fine designs in jewellery, scarves and most recently, stylish sunglasses. 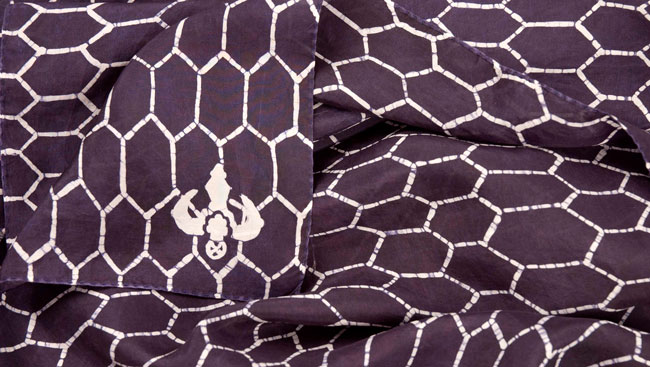 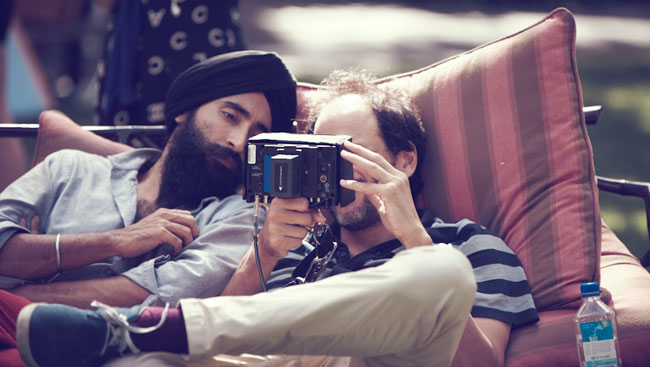 Ahluwalia has worked with Guadagnino in the past, the duo also happen to be good friends, and collaborated together in I Am Love, where Guadagnino was the director and Ahluwalia was one of the actors. “I love working with friends,” he exclaims. “That’s the secret to loving your work – keep your friends close.” But there’s more good news for his fans. Ahluwalia will soon be seen in Anderson’s upcoming project – The Grand Budapest Hotel. The movie, slated for release in March, also stars Saoirse Ronan, Léa Seydoux, Ralph Fiennes and other renowned actors.
Ahluwalia recently made headlines around the world. In November 2013, popular clothing brand GAP featured Ahluwalia with model and filmmaker Quentin Jones as part of their ‘Make Love’ ad campaign, which also featured several multi-ethnic personalities in GAP clothing. Shortly after the ad was displayed across New York, it received racist backlash and one of the ads was even vandalized with racist comments. This incident went viral and made global headlines, as individuals took to social media to comment on the incident and to congratulate GAP for celebrating multiculturalism in their ads. Ahluwalia says “My work is about the human touch. About humanity, creating a thoughtful existence and breaking boundaries while still respecting traditions. It’s reflected in the craftsmen House of Waris works with from over 14 countries.”
He goes on to say “I think that’s what Gap did with their campaign – create a dialogue. The only way to end racism is by creating dialogue and educating people about other people’s cultures. If nothing else, I hope that this story will help to further highlight these issues and enhance the dialogue so that we can eventually achieve better understanding amongst all cultures.”
Moving on from acting and modelling, another pursuit by Ahluwalia is the craft of writing. Recently Paris Review, a literary magazine  featuring original writing, art and in-depth interview with famous writers, approached Ahluwalia and asked him to contribute to the publication. Considered as one of the most important literary journals in America, Ahluwalia says he has been reading Paris Review for quite some time, but never imagined writing for the esteemed publication. He also writes for Style. com, which covers fashion, design, modelling, celebs and beauty. “I write an advice column on Style.com every now and then called ‘Love & Waris – A Gentleman’s Guide to Etiquette, Romance and Other Disasters.’”
Getting back to House of Waris; being a  product of a versatile designer as talented as Ahluwalia, one can only expect excellence and perfection. Integrating a strong influence from romance and history of ancient kingdoms, Ahluwalia’s fine collections have been flaunted by noted fashion icons.
In 2010, the Council of Fashion Designers of America (CFDA), a non-profit trade association pursuing its mission of “strengthening the influence and success of American Designers in the global economy” welcomed Ahluwalia on board. CFDA comprises membership of more than 400 of America’s foremost womenswear, menswear, jewellery and accessory designers. The well-acclaimed association portrays Ahluwalia as a “pioneer among a new breed of craftsmen,” and extols his achievements saying, “Waris, who is now based in New York, travels frequently to Rome and Rajasthan on a quest to preserve the methods of the Old World, working with the best in each city from goldsmiths to diamond setters, who once made the crests for royal families.” In 2009, House of Waris was recognized as a CFDA/ Vogue Fashion Fund Finalist, a prestigious honour in the fashion industry. 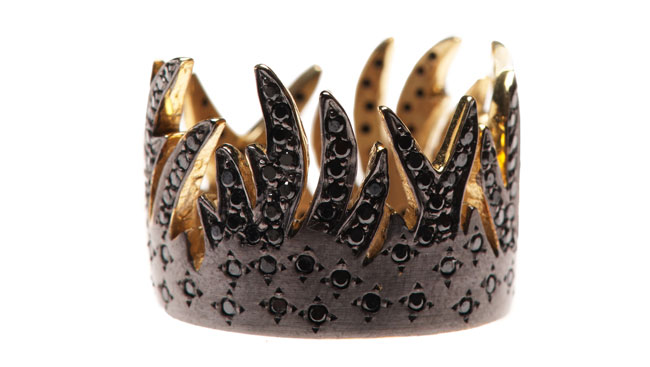 Millions around the world tuned in to watch the annual Miss America 2014 pageant on September 15, 2013. Little did viewers know that they would be witness to history in the making. For the first time, Nina Davuluri, an Indian American was crowned Miss America, not only making Indians around the globe proud of this historical first but breaking the stereotype of the typical girl-next-door in the United States of America.

Kapany is heralded as the “Father of Fiber Optics” and his scientific contributions and groundbreaking developments have paved the way for technological advancements that have shaped the very nature of today’s world.

Starring in today’s most popular comedy sitcom, Kunal Nayyar needs no  introduction. He comes aboard with his unique style of dexterity, wit and jest.