Success Comes To Those Who Rise Above Them: Hrithik Roshan

DARPAN took it upon itself to turn this dullness into excitement – and yes we found a solution – a gorgeous one in fact. We bring to you that light and freshness through an actor who is known for his good looks, acting skills and not to forget, his hot body.

With winter settling in, the dark and gloomy days need some spark to get you going. While fitness may be a factor that can energize you, the cold and wet days may simply discourage you to take initiative.
Adding warmth and motivation to the season is none other than B-Town’s Greek God Hrithik Roshan – a talented actor, incredible dancer, style icon, and one of the fittest actors of the Indian film industry.
Hrithik’s never-give-up attitude had made him one of the top actors of Bollywood. In an exclusive conversation with DARPAN, the superstar, who is also a successful entrepreneur, shares with us his passion for fitness and promoting wellness, and his advice to take challenges head-on and overcome obstacles.

Hrithik has starred in more than 30 films till date, most of which are blockbusters. Some of his best films – his debut Kaho Naa... Pyaar Hai (2000), Kabhi Khushi Kabhie Gham..(2001), Koi... Mil Gaya (2003), Krrish (2006), Dhoom 2 (2006), Jodhaa Akbar (2008), Zindagi Na Milegi Dobara (2011), Agneepath (2012), among many others. His role in each film has been different and acclaimed, adding to the success of the movie. “I choose films which can bring a smile on people’s faces,” expresses the actor, who is one of the highest paid actors of the entertainment industry in Mumbai.
Being from a Bollywood family (Hrithik’s father is Rakesh Roshan, a well-known producer, director and former actor), one would assume that Hrithik’s journey has been a smooth ride. But, that wasn’t the case; the actor had his share of obstacles and failures.
In fact, his brave acceptance of struggle and fear, and determination of not giving up has reached him to the top. “As an eight-year-old, I did not imagine that I would be where I am today,” he shares, “I believe in the fact that, no amount of failure could take my spirit away. I have accepted challenges head-on and overcome the biggest obstacles.”
Yet, the light-eyed star has no complains and has enjoyed every moment of being a part of films and the industry. “It has been an amazing journey!” says he, “As an actor when I choose my scripts, I look at them as a platform to inspire people through the strength and courage of the characters I play. My idea is to be able to create an experience for the audience because that is your real wealth, not money or fame.”

Hrithik is currently working on his upcoming film Mohenjo Daro. The epic adventure-love story, directed by Ashutosh Gowariker, is set in the ancient city of Mohenjo-daro in the era of the Indus Valley civilisation that dates back to 2,600 BC. It is slated for an August 2016 release.
This is Hrithik’s second film with Gowariker. They worked together in the epic historical drama film Jodhaa Akbar which centred on the romance between the Mughal Emperor Akbar and the Princess Jodhabai. The film was declared a super hit by Box Office India.
Moving on to his personal life, the talented Hrithik Roshan is an achiever in some many different ways – be it through his acting, style, attitude, good looks, dancing skill or admirable physique. Let’s start with his sense of style.
Hrithik believes style should be “easy going, effortless and comfortable”. “If you believe what you wear is the best thing in the world, you will look stylish no matter what. True confidence and style comes from the way you live,” the handsome hunk points out.

He personally likes to keep his outfits simple and usually likes to wear a lot of active wear. So how does the most stylish actor of Bollywood deal with the pressure of always looking good? “The best way to do so is be truly happy and overcome your fears and failures. If you are high with confidence, the pressure of dressing up fashionably becomes effortless,” answers Hrithik, who won International Indian Film Academy (IIFA) Style Icon Award in 2009.
Coming back to his admirable physique, Hrithik is one of the fittest actors of Bollywood – his chiseled body being a subject of envy among men and never failing to make women drool. This is a result of his love and passion towards fitness.
“I want people to understand that physical fitness and mental wellbeing are the most important aspects of our lives; and both go hand in hand,” emphasizes the hot actor. He hopes to inspire people to take responsibility and control of their health; and educate them on how they can manifest the changes they want in life. “Replace the aggressive, perfectionist image that is out there about exercise and body image with a more realistic, attainable and positive one,” he advices fitness lovers.
The hardworking hero is a busy man. When not working on films, working out, or honing his dancing skills, he puts the entrepreneur mode on. Hrithik owns the lifestyle and fitness brand HRX – the first celebrity brand owned by him. HRX is the joint venture between Hrithik and celebrity management company, Exceed Entertainment.

The journey of HRX started five years back, over a conversation on how individuals constantly face obstacles in their life and keep pushing themselves to overcome them. “Everyone including me has been through difficulties, anxieties and fears in life. However I always believe that success comes to those who rise above them and understand how to deal with it,” explains the HRX owner. This thought of reaching and impacting a billion people and inspiring them took life through a fitness and lifestyle brand HRX which was launched in 2013 with apparel (active wear and casual wear).
The entrepreneur-actor is personally involved in the design and product creatives of HRX. The collection reflects flexibility and movement, the two aspects very important to Hrithik in the clothes he wears. Through his brand, Hrithik wishes to create a platform to inspire, to share with the world and give back what he has learnt through the journey. “I want to spread the belief that it is possible to look adversity in the face and emerge victorious by overcoming it. For me HRX is not just a brand, it’s a service, a mission, an enabler,” asserts the fitness icon. 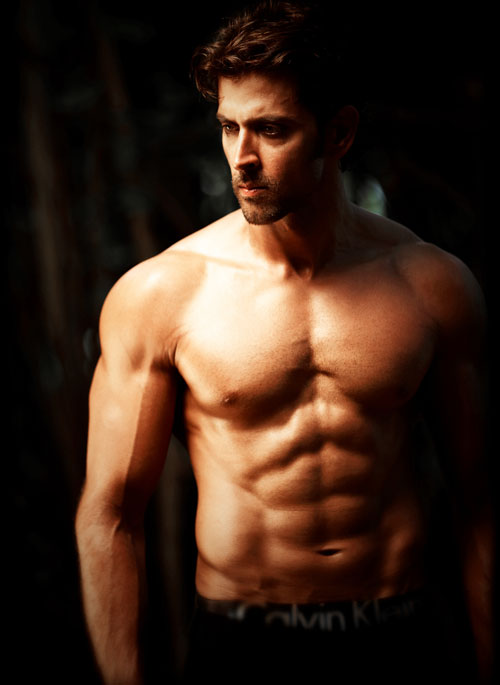 With a tagline of ‘Push Your Extreme’, HRX’s current product portfolio includes footwear, accessories and deodorants. The celebrity brand was associated with the mountain bike race MTB Himalaya Challenge; is a co-sponsor of the Indian Super League franchise FC Pune City; and is planning a property in the television space. Recently, the brand has taken on the mantle of supporting India’s 4 Paralympians in their endeavour to go for gold at the 2016 Paralympics.
“I hope to create HRX as a ubiquitous gigantic omnipresent symbol of strength and power for people to inspire them to ‘want’ to be the best version of themselves,” says Hrithik passionately.
One of the recent initiatives of HRX is a new show on Discovery known as HRX Heroes with Hrithik Roshan. Presented by Hrithik, the show will present the real life stories of men and women from across India who did not give up on their dreams and emerged as Heroes. “Real heroes are people that fight the odds and keep pushing themselves to greater heights every day. This series is a salute to the nine Real Heroes who overcame extreme difficulties, refused to give up and are an inspiration for the rest of the world,” explains Hrithik.

So how was his experience hosting the TV show? “It was a wonderful experience. The series is deeply motivational and it was one of the major reasons of me hosting such an inspirational one. It gave me immense satisfaction to reach out to the world and recite them the stories of nine common individuals who fought against all the odds and emerged as true winners,” says Hrithik, revealing that he will also host season two of HRX Heroes.
Hrithik can definitely be given the title of an all-in-one star. Why? The good looking actor is an amazing dancer and a style icon; his well-maintained physique is a sign of his dedication towards fitness; and his acting skills have made him one of the best actors of the film industry.
If that isn’t reason enough, he has also tried his hand at singing and got a good response for it; featured in a popular music video; and is the owner of a successful fitness and casual wear brand. So, isn’t he rightfully the all-in-one star of Bollywood?
Prev Next

On this festive occasion, the stunning Amrita Rao shares with DARPAN her beautiful memories of Diwali, her plans of celebrating the festival this year, and a beautiful message for our readers.

“The South Asian community has done extremely well. A lot of people from our community have nice homes and nice cars. I’m proud that my communityhas become so successful. What I like to see is our community starting to think about giving back to society a little more.”

Success is a journey, not a destination for Anita Patil Huberman, CEO of the Surrey Board of Trade, who is the only South Asian CEO of a Canadian municipality’s Board of Trade.

She charmed critics and audiences alike with her breakthrough performance in the critically acclaimed film ‘The Lunchbox’. Fans love to hate her in her recent role as an ISI agent in the popular US TV show, ‘Homeland’. Now Nimrat Kaur is all geared up to begin work on her next project, ‘Airlift’. We caught up with this versatile actor to talk to her about her life-changing role and the journey since.