Gorgeous, mesmerizing, ethereal – one can fall short of words when describing Aishwarya Rai Bachchan. Just one look by her can make men fall head over heels in love and women turn green with envy. She is afterall one of the most beautiful women on earth. What adds to her beauty is her genuineness and never-giving-up attitude.

Her husband, actor Abhishek Bachchan, describes her love to be unconditional, co-workers call her the director’s actress, fans call her goddess – Aishwarya is a perfect balance of beauty, charm and determination.
In the midst of promoting her film Sarbjit, preparing for Cannes Film Festival, and managing her personal life, the Queen of Hearts took some time off for DARPAN to answer a few questions on the film, her work, and personal life.
Based on a true story, Aishwarya’a latest film Sarbjit revolves around a sister’s struggle for 23 years trying to secure her brother’s release from imprisonment. Ash, as she is fondly called, plays the role of Dalbir Kaur – sister of Sarabjit Singh (played by Randeep Hooda), an Indian farmer wrongly convicted of spying and terrorism by the Pakistan government and sentenced to death. 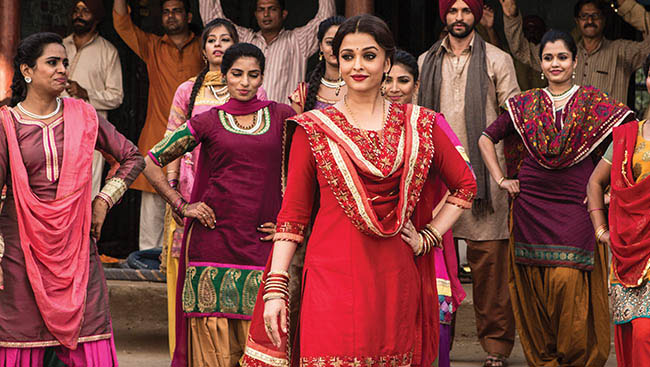 It was destiny that got Aishwarya and the film together. The actress shares that she knew about Dalbir’s struggle years before the film was offered to her. “A few years back a petition [seeking release for Sarabjit] was going around to some of us who belonged to the public platform, the vast film industry. The letter had come to me to sign on the petition to release Sarabjit, probably Dalbirji was trying possible ways to bring attention to work at his release.”
So when director Omung Kumar approached her to be part of the film, Aishwarya felt it was some kind of a divine calling. She immediately said yes. “It was already a yes because somehow I feel his life and mine kind off had crossed paths. It was unfortunate that he did come back to India in a coffin, I had to pay my ode and respect so I had to come in,” explains the blue-eyed beauty, who breathed life into the character of Dalbir Kaur with her powerful performance.
“Dalbir’s relentless fight for her brother for over 23 years, her strong character, and the good story line made me choose this role. How can we walk away from telling a human story like this?” questions the former Miss World, when asked about her decision to accept the film without even reading the entire script. “Just an incident can completely change the dynamics of a family, change a family’s lives! It was important to be part of the narrative and share it with the audience as Indians.” 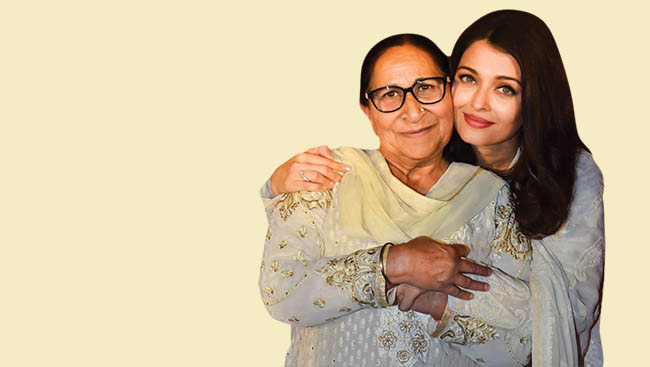 Playing Dalbir Kaur was a difficult and challenging role – one that Aishwarya has portrayed so realistically that the audience themselves experience the agony and struggle of her character. The fashion diva has de-glammed for the strongest role she has played so far.
A lot of preparation and referencing was involved so that the character was similar to the real life person. “We (Dalbir and I) don’t look the same but Omung Kumar was clear that he wanted me to do the role. We had Dalbirji on board, for referencing of her role, and we had media which had documented things about her... So we took that to gauge mannerisms.
Dalbirji has a mole and we have kept that,” says Aishwarya, adding that she did not spend time with the actual Dalbir Kaur before shooting for the film.
Yet the international icon has managed to play the part with conviction. She relied on the vision director Kumar had for the character. “When I am playing real life characters, it is important for me to stay true to the director’s vision and narrative.
I have not sat and watched everything of hers (Dalbir Kaur) but I have stayed true. Omung told me lets create a character together where by the end of it I come out experiencing, feeling, believing Dalbirji’s story and that’s what was important,” says the 2009 Padma Shri Award-winner. 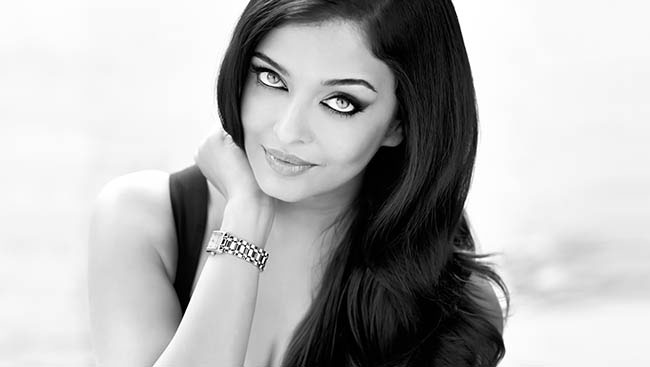 Besides her own effort, Aishwarya also gives credit to the hardwork of the teams that were involved in making the character come alive on screen.
“As actors, we wait for opportunities to essay a character in its entirety. It is important to become a character, the visuals being the most important aspect in it,” she says, “We have the highest order of respect to our make up tools and costumes which helps us transform. Every aspect of getting ready to go face the camera is very crucial to bring to life what is written. Therefore, it is a team effort, every profession contributes.”
The Bollywood star is struck by the tragic story of Sarabjit Singh and lacks words to describe the determination of Dalbir Kaur in bringing her brother back from Pakistan.
“The kind of sibling love and commitment, and the strength to keep the fight going is so rare; it’s just commendable and unbelievable. Adjectives fall short to describe the spirit which exists in so many households of our country and worldwide.” She believes this inspiring story will be greatly accepted by viewers. “Sarabjit’s life story cannot go unknown. This story had to be told,” Aishwarya asserts, about the film that got great reviews when recently screened at the 69th annual Cannes Film Festival.
Talking about Cannes, this is Aishwarya’s 15th year at the acclaimed film festival. The flawless princess has managed to win the hearts of many international fans with her Hollwyood films, namely Bride & Prejudice, The Last Legion, and The Pink Panther 2. 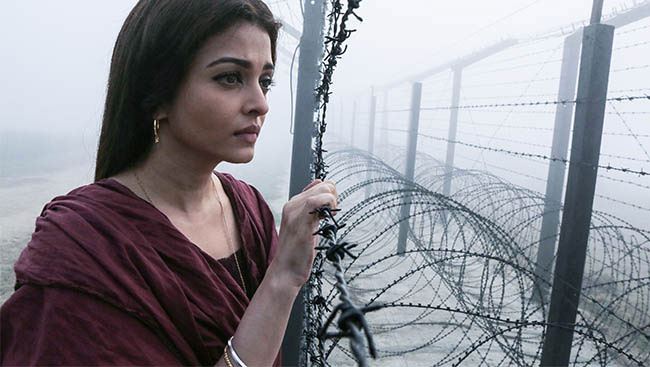 She is also a brand ambassador to many high end brands, two of them being L’Oreal – the famous French cosmetics company, and Longines, the well-known Swiss watchmaking company. Aishwarya recently launched L’Oreal Paris’ Infallible Cannes 2016 Collection. This year L’Oréal Paris complete 19 years of being a makeup partner to Festival De Cannes. As for Longines, Aishwarya has superbly embodied the Longines slogan “Elegance is an attitude” for more than 10 years.
Coming back to Bollywood, what is Aishwarya working on next? “There’s one with Karan Johar; Ae Dil Hai Mushkil. It’s with Ranbir (Kapoor) and Anushka (Sharma) and I play a chapter in that story,” answers B-Town’s Golden Girl. Scheduled for release later this year, this is Aishwarya’s first film with director Johar, and she plays Saba Taliyar Khan in the romantic comedy. “Karan is a dear friend, so when he asked me it was tough to say no. It was a fun team to work with,” she adds.
On the personal front, the Bachchan bahu recently celebrated her ninth wedding anniversary in April.
A devoted wife, hardworking actor, full-time mother, caring daughter/daughter-in-law, and recognised brand ambassador – Aishwarya is juggling many different roles gracefully. We ask her which role has made a huge impact in her life and right away comes her answer, “Motherhood has, by far, been just the most superlative experience of unconditional love I have ever experienced. I consider it an immense blessing. It has been a very, very natural role for me to embrace and I am loving every millisecond of it.”
Being a mother to four-year-old Aaradhya is Aishwarya’s top-most priority. Yet she has managed to create a balance between personal life and work. What is this star mom’s secret? “I respect the integrity of commitment. I am a very committed mother. 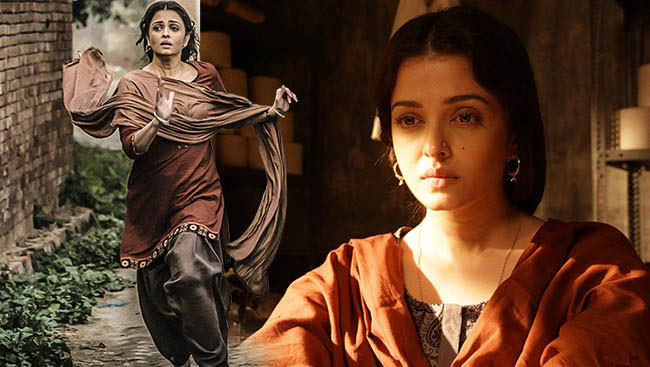 When I felt the time was right to venture out to figure out the balance, I did so. I am still figuring it out. I think in a mother’s life every day is a first whether the baby is one-year-old or five-year-old…as you have not been a mother before. Every day you keep discovering. Fortunately, I think, it has all fallen into place,” expresses Ash.
Her family’s support has further helped her enjoy motherhood. “Being a mother is a full time job on its own. To be able to juggle more than one thing at a time takes a lot of planning and family support. I have a wonderful family including my in-laws that are involved in Aaradhya’s life. I love them all dearly, truly they complete me,” professes Aishwarya.
Before parting she imparts some advice to new and to-be moms. “Enjoy your motherhood years no matter how consuming it might be. You must always remember that having a child is a blessing. Plan well and give everything its sweet time.”
Indeed, Aishwarya is the epitome of success and class. She continues to reign the Indian and international entertainment market with her beauty, elegance and sincerity. After her impactful performance in Sarbjit, she has declared to the world that she is unstoppable and an achiever in all sense.

Young entrepreneur Karthik Naralasetty’s social media application Socialblood has more than 300 thousand active users across the globe. This much-needed service has created a social space for thousands of potential blood donors and recipients to meet and donate through Facebook. Now, finding an ideal blood donor is just a few clicks away.

Anoushka Shankar: Carved Out of a Raga

The sitar virtuoso is one of the most recognized and exciting voices in world music today. Anoushka Shankar’s music beautifully blends her legendary father’s teachings of the deep Indian tradition with her own contemporary voice to create deep sensual tracks.

Success Comes To Those Who Rise Above Them: Hrithik Roshan

We bring to you that light and freshness through an actor who is known for his good looks, acting skills and not to forget, his hot body.

On this festive occasion, the stunning Amrita Rao shares with DARPAN her beautiful memories of Diwali, her plans of celebrating the festival this year, and a beautiful message for our readers.

“The South Asian community has done extremely well. A lot of people from our community have nice homes and nice cars. I’m proud that my communityhas become so successful. What I like to see is our community starting to think about giving back to society a little more.”