The year 2016 was momentous for Sonakshi in many ways. In her new avatar, Sonaskhi reinvented the Bollywood actress as the action hero with her movies Akira and Force 2. While the former had her perform hard-core stunts in a solo lead, the latter made her share screen and action sequences with Bollywood’s stunt master, John Abraham.

For long, Bollywood, like any other film industry, has thrived on patriarchal hegemony. While the big screen cherished male actors playing powerful iconic characters such as Anand in the movie Anand, Vijay Deenanath Chauhan in Agneepath, or Chulbul Pandey in Dabangg, female leads had limited territory to explore. 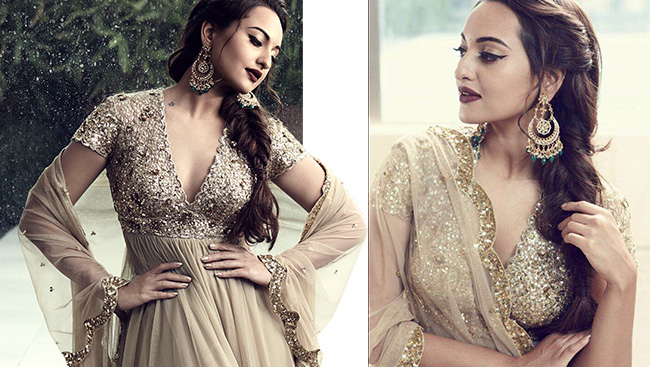 Besides the stereotypical romantic interest of the male protagonist, a female lead mostly revolved around a social cause or represented a woman’s struggle to break free – Tabu in Astitva exploring an independent identity outside of her role as a wife and mother, Smita Patil in Manthan fighting for her child and community after her husband abandons her, and Shabana Azmi in Arth discovering meaning in life after learning about her husband’s extra-marital affair. 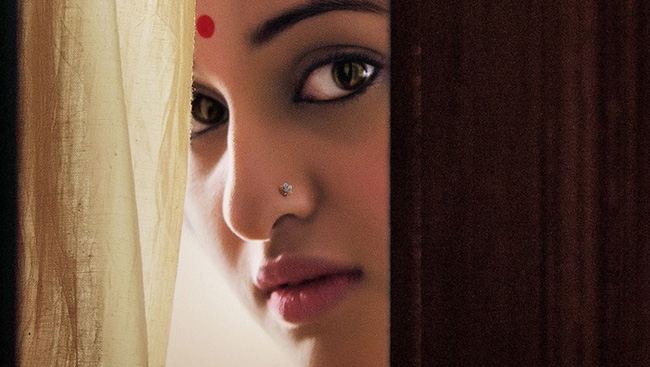 In present times, the Bollywood heroine – an entity of beauty, glamour, values and love – has definitely expanded her scope and Sonakshi Sinha is one such actress leading the way in rebranding the stereotypical Bollywood actress into a fierce all-rounder lead.

And just like that we were 8 million! Thank you for the ❤ and keep it coming because thats what keeps me going 👊🏼

Despite debuting opposite Bollywood biggie Salman Khan and other industry heavyweights in Dabangg in 2010, Sonakshi carried a strong screen presence in her character as 'Rajjo.' Her succeeding movies Rowdy Rathore, Lootera, Dabangg 2 and Holiday further solidified her name as a new brand of artist challenging the various nuisances a modern day actresses faces – body shaming being one of them. 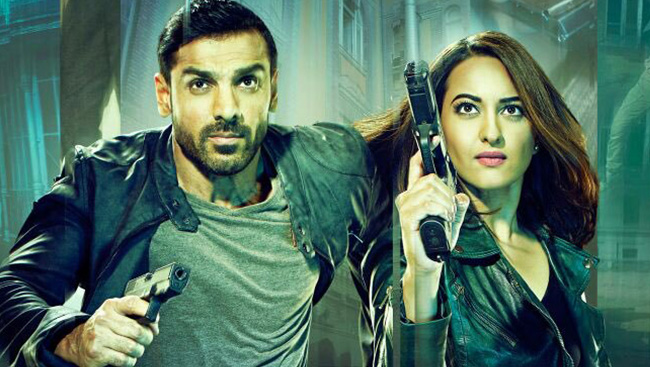 Since the start of her career, Sonakshi has vociferously resisted industry’s strict body prototype for actresses. “I have always maintained that be proud of who you are and the way you are. Every individual must learn to be comfortable in their own skin and flaunt their unique body type. Your different body type is your USP that sets you apart from the rest. The world would be dull if we all looked alike. Don’t chase a particular body type, be a perfect human not just a human with a perfect body.”

As the youngest daughter of Bollywood legend Shatrughan Sinha, Sonakshi graduated in fashion designing from Mumbai and designed costumes in 2006 in a movie called Mera Dil Leke Dekho. Acting happened by destiny and Sonakshi describes it as the best decision of her life. “It’s the best thing that has happened to me. I love what I do and it’s so important to be a part of something that makes you want to turn up every single day.” 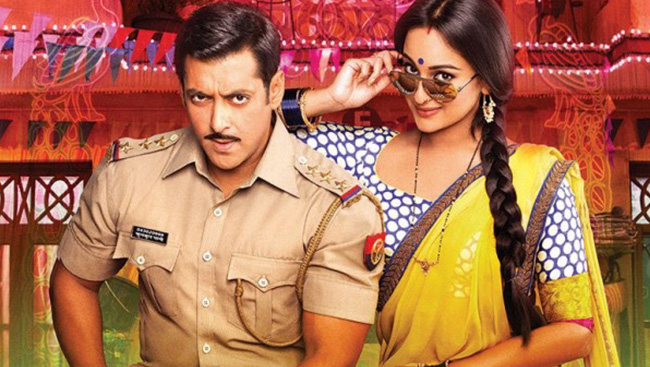 Her on-screen stint came in 2010 with Dabangg. Though she did not appear in any movie for another two years, her fan base continued to skyrocket as she received numerous awards including Filmfare -Best Debut Female (2011), IIFA - Star Debut of the Year, Female (2011), and Star Screen Awards - Most Promising Newcomer. Sonakshi was a new breed of stars who appealed to fans at all levels.
At various events, Sonakshi would often accompany her mother Poonam Sinha and in fact during interviews, would quote her as a force in maintaining Sonakshi’s grounded personality. It doesn’t come as a surprise when Sonakshi quotes her mother again when we ask her about a woman that has profoundly impacted her work and self-identity. “She has a strong influence on me. She has shaped my personality and my traits, I have imbibed a lot of her qualities. My mother and me both hate being late anywhere, we are very punctual and we take our work commitments very seriously,” answers Sonakshi.

It seems family has been the nodal point of her growth professionally and personally. “I feel when I see pride and happiness in my parents’ eyes that’s a milestone for me, every time they see my work on screen or at events I see more and more joy in their eyes and that’s a huge milestone for me. Seeing your parents proud of what you do and love and appreciation from family, friends and fans is success for me.” 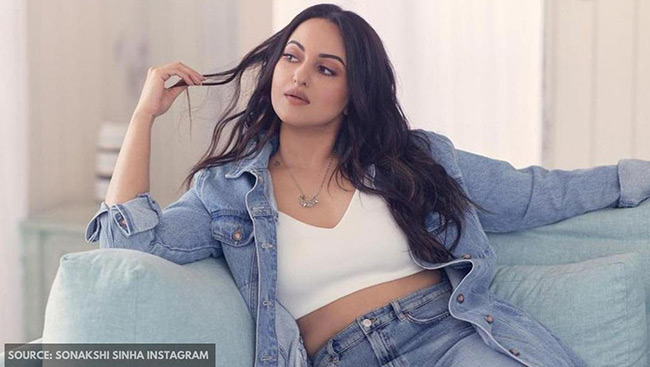 Sonakshi’s career graph started at a peak with Dabangg and she has only levitated not only as an actor but also as a celebrity icon. When the ALS Ice Bucket challenge picked up pace, Sonakshi resisted the viral movement by supporting the cause of ALS but appealed everyone to refrain from wasting water. For a long time now, Sonakshi has been advocating against the wage disparity in Bollywood. “I believe that this gap will be fulfilled soon. One has to earn status and respect. It doesn’t depend on whether you are a man or woman. The only difference I see in the industry is the pay disparity. It still exists,” Sonakshi mentioned at Inglot Guinness World Record event where she amongst other women became a title-holder for setting a record for most people painting their nails simultaneously.

Aaaaand she gets it right!!! Exactly a month ago i posted a video of me doing a very improper headstand, but the fact that i was able to even get into that position without any support was a huge achievement for me. A month after, with practice and determination, i post a proper one with my legs aligned and perpendicular to the floor. Progress makes me happy! #mondaymotivation #smallvictories #sonaisfit #fitness #yoga

Despite being a major celebrity and belonging to a family that has lived and continues to live with their share of stardom, Sonakshi does not shy away from voicing her opinions. Whether it be the issue of women’s self-defence or body shaming, Sonakshi speaks whenever she feels it is important – a reason why she is also seen as a youth icon in India. “I think as a society we have been addressing a lot of issues lately, on gender equality, child labour, global warming, girl child education, human rights, animal rights, terrorism, corruption etc. However, I feel more than talking now we need to start taking more action. We all know what the problems are, now we need to collectively work on solutions and highlight the importance of eliminating these issues from the society [or] world we live in. My appreciation and salute to all those who are already doing their bit to bring about a positive change or working in that direction.” 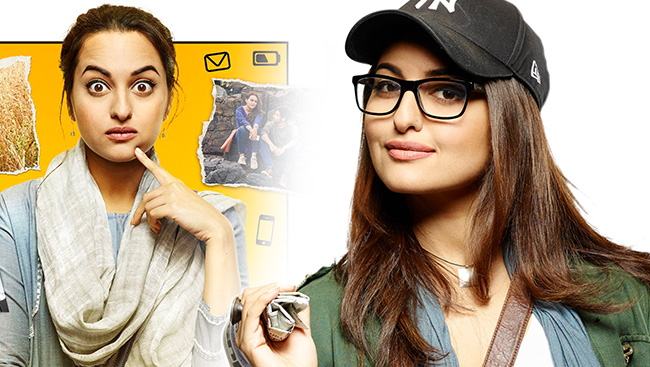 The year 2016 was momentous for Sonakshi in many ways. In her new avatar, Sonaskhi reinvented the Bollywood actress as the action hero with her movies Akira and Force 2. While the former had her perform hard-core stunts in a solo lead, the later made her share screen and action sequences with stunt master of Bollywood, John Abraham. “While working on Akira I was training in MMA and I really enjoyed it. But the big change came about once I started shooting for Force 2 and being around John. John is so disciplined about his diet and workouts that as a co-star you automatically get influenced and want to change for the better of yourself.”
Both movies progressed on distinct plots, but Sonakshi’s character as an action hero in both moved parallel with each other. Her character as 'Akira' in Akira and 'KK' in Force 2 set an impetus for a transformative journey for this versatile actor. “Post signing Akira I made a promise to myself that now I will only pick roles which add value in some way or the other or are strong characters,” explains Sonakshi. 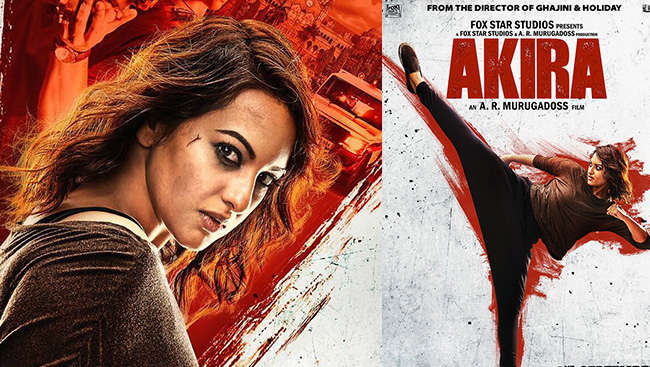 Her movie Noor, justifies this promise. The movie is a comedy-drama based on Saba Imtiaz’s novel Karachi, You’re Killing Me! and follows the story of a journalist named Noor as she navigates her love life and various blunders along the way of unearthing an organ trafficking racket. Akira and Noor also had Sonaskshi flex her muscle as a singer. Her song ‘Move your Lakk’ with Punjabi sensation Diljit Dosanjh and rapper Badshah get your feet tapping with an irresistibly catchy line and groovy tunes.

In her upcoming project Ittefaq¸ remake of the 1969 film by the same name, Sonakshi plays a grey character opposite Siddharth Malhotra. “I’m really looking forward to it. It’s the first time I’ll be playing such a character and very different from the roles I’ve played in the past. My upcoming roles in the next few projects will add a lot of range to my body of work, from Dabangg to Lootera to roles like Akira and KK in Force 2 to playing a journalist and then a grey character... its got me really excited for next year.” Looking at the success of her previous movies and characters, we cannot wait to see more.

What is that one thing that everyone should try once in their lifetime?

You’re an expert at cooking what?

Your guilty pleasure? Pizza or sleep?

What song pumps you up most at the gym?

‘Till I collapse’ by Eminem

Favourite fashion trend of all time?

Most fashionable woman of all time?

Life in the film industry is evidently busy and hectic. What are some things that bring moments of pause and in your life?

Travel. I make it a point to take off whenever I can. There is so much to discover in this world, so many cultures, so many people, so many experiences that you can achieve only while travelling. It’s something that I always look forward to.
PHOTOS: Abheet gidwani, courtesy shweta kulkarni; costume (indian outfit): seema khan
Prev Next

She has had a busy day, filled with meetings and work commitments. After a quiet dinner, Anushka Sharma sits down to chat with DARPAN.

Vidya Balan: Diwali is about brightness

Diwali is a festival of lights, of positivity and of family bonding – and actress Vidya Balan agrees. “It is about brightness, about letting go of the darkness, of the fear within,” says the charming lady, who has captured hearts with her beautiful smile, electric personality, and brilliant acting skills.

The computer genius has created some of the most thought-provoking interfaces till date – namely Quickies, sticky notes that can be searched and can send reminders; a pen that draws in 3D; TaPuMa, a tangible public map for the physical world; Mouseless – an invisible computer mouse; SPARSH – a novel way to copy-paste data between digital devices; and Blinkbot – a gaze and blink controlled robot. Through all these experiments, Mistry “was trying to bring a part of the physical world to the digital world.”