A Million Over Asking

Vancouver has recently been listed as North America’s most unaffordable housing market and third least-affordable in the world. Good news if you’re selling your home but bad news for most home buyers who are struggling to find a house that suits their needs while staying within their budget.

A quick search online for housing prices in Vancouver and you’ll find soars, surge and spikes commonly follow. Housing prices have been on the rise in the city for over a decade and yet it’s still the talk of the town.

“Vancouver is an attractive city with a growing economy and as the population grows there is a continued demand for housing, both rental and ownership,” explains Mukhtar Latif, the City of Vancouver’s Chief Housing Officer.

“We’ve got very strong job and economic growth in the province, we’ve got more people moving here than we have houses to put them in, and low interest rates,” says president of the Real Estate Board of Greater Vancouver, Dan Morrison. “Vancouver has done an amazing job at inviting the world to come check us out, and guess what? They all showed up!”

In addition to the obvious amenities that make the area attractive, “many things have been contributing to the lack of supply in the Vancouver region,” says Ross Leathley, sales associate with Rennie and Associates Realty.

“One of the most obvious is the geography of the region and restrictive zoning within our municipalities. Large swaths of Residential Single-Family Zoning restrict much of the most desirable land from allowing other housing forms, such as: Row-homes, Town-homes, Duplexes, and other multi-family residences. While many municipalities are allowing condo towers at major intersections and transit routes, these are not desirable for families, anyone who wants an interest in land or simply doesn’t want to live on a major thoroughfare.”

Leathley also says delays in the permit process for builders along with the high cost of building are contributing to the lack of supply. “The current level of demand we are seeing in the market is also compounded in many ways; severe lack of inventory in affordable areas and housing forms, low Canadian dollar for foreign investors, historically low interest rates, desirability of ownership in the region, high rental costs, and a high level of equity in the properties of homeowners,” he says.

Rising prices are encouraging sellers to put their homes on the market in hopes of making money on their investment but the increase isn’t enough to keep up with demand.

Young home buyers are being stretched thin financially and likely won’t be able to afford a free-standing family home in the location of their choice. It’s a common complaint among potential buyers who are finding the constant talk of unaffordable real estate to be depressing instead of enjoying the thrill of buying a home. Homeowners lucky enough to have laid down roots in the last several years are watching their neighbours sell their homes for hundreds of thousands more than their purchase price just a short year ago.

For those with average incomes, average prices are out of reach. With a single-family detached home in Vancouver selling for an average of $1.3 million and housing prices across Vancouver and the Lower Mainland up approximately 26 percent from last year, even highly-skilled, in-demand employees aren’t seeing income increases at a rate anywhere comparable

“Many cities across the world are experiencing price growth faster than income growth. This means it is increasingly difficult for people to get onto the housing ladder,” explains Latif. “Many workers who are building up their careers, first time buyers and families who need to move into more appropriately sized housing are having to leave the city to purchase a home.”

“This is not a sustainable model for a number of reasons,” he says. “In terms of the environment as they have to commute back into the city for work, quality of life and healthy city objectives on time taken to commute and impact on air quality as well as losing vibrancy in the city of young people and families making use of the many facilities such as schools, parks, community centres, and libraries that the city has invested in.”

A recent survey conducted by Demographia found the average home in Vancouver costs nearly 11 times more than the average household income. What are home buyers supposed to do when house prices continue to rise out of reach?

Sacrificing space or the dreams of a detached home allow owners to stay in the neighbourhoods they love. What used to be a starter home is now the norm for a forever home.

“The length of time this market has gone up is a little longer than average if you look at even the last ten years of trends,” says Morrison. “At the same time, interest rates aren’t changing, our economy is doing very well, more people are moving here and we can only build the houses so fast. We just don’t see any major things on the horizon that make us say, this is going to change everything overnight. We don’t see a bubble that can burst.”

Without a reasonable end in sight, the city, developers and buyers alike are all searching for different ways to find homes for buyers.

“We have a high proportion of renters in the City, over 50%, and this in part is due to the rising home prices. To increase supply, we are working with local communities to increase densities to enable new housing to be built,” says Latif, referencing a record number of planning applications in the West End.

A project by Tien Sher Homes due to pop up soon in Surrey boasts everything from micro-suites to two bedrooms with a den all for under $300,000. The new condo building, Venue, will be close to the SkyTrain and offers affordable city living without sacrificing equity and ownership. That’s welcome news for the younger generations looking for their first home purchase and older generations hoping for a manageable space. Projects with such a price point are sure to garner attention in today’s tough market.

Buyers are changing their expectations along with their buying strategies. For those struggling to get into the market, combing forces with friends so both parties can afford to buy is the newest trend.

“Homeownership is a choice and as a city we want to retain a diverse population including families and workers who want to commit to living in the city,” says Latif. “By providing a range of affordable housing options from rental to ownership is a way to keep the diversity and vibrancy in the city.”

In an effort to make it easier for first time home buyers to enter the market, Vancouver’s city council recently approved an Affordable Home Ownership pilot project – the first of its kind in Vancouver. The city aims to work with developers to acquire 300 units over the next three years that would be made available to those earning between $50,000 and $99,000 among other qualifying factors.

High prices have been the norm in Vancouver for years now and it’s not likely to change any time soon. When your earnings go further the farther you move away, staying in Vancouver is a tough decision despite all the city has to offer. Vancouver may consistently be named one of the most liveable cities but as long as it’s one of the most unaffordable, it might not be the city to live in if you’re hoping to find a home to call your own. 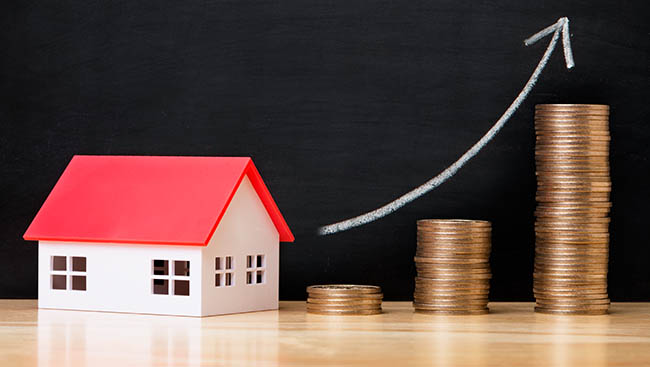 Tips for First Time Buyers
Just because it’s a seller’s market, doesn’t mean buyers can’t have success. Find your first home sweet home by staying organized, being smart and standing out.
Organize your finances
“In the current market, having pre-approval is an absolute must. Many parts of Greater Vancouver are seeing multiple offers and very quick sales. Before starting your home search you must have a clear idea of your financial situation,” Leathley advises.
Know what you want and be ready to act on it
Leathley says, “You must be ready to make an offer when you see something you like. If you see a new listing that could be the right fit, call for a viewing right away; this way you can organize your home inspector, go over any documents, ask about the offer date/time, and generally complete your due diligence on the home. Waiting until the weekend open house may not leave much time for any of this; completing an inspection of the property with a licensed inspector is one of the most important things you can do before a purchase, especially when subject free. I even recommend completing an inspection on a new home; you can include these items in a deficiency report or at least have any significant issues completed before occupancy.”
Don’t be afraid to stand out
“Other than the highest price, sellers do consider other things in your offer that could make yours the winning bid. Find out the best closing dates for the seller, attach a bank draft for your deposit and have a signed Property Disclosure Statement and Title included in the offer,” says Leathley. “I also recommend attaching a letter explaining your personal situation or plans for the property. This may not always work, but a few sentences on who you are and why you want to buy the home doesn’t hurt.”
Prev Next

DARPAN examines the Canadian economy to help you understand the global collapse in oil prices and the domestic implications it could have on Metro Vancouver’s housing market.

How To Make Money in the Stock Market

How to get invested before making an investment. While you might think 'buy low, sell high' is all you need to know before you throw your next paycheck towards a low cost stock option, there are certain fundamentals that will save you from unnecessary losses.

Maintaining a prosperous Canadian economy is challenging as international markets are highly competitive forcing Canada to remain vigilant in the pursuit of its prosperity. As such, continued expansion into emerging markets, with a particular focus in Asian economies will help drive local financial growth for Canadian businesses.

Over the past four years, the gradual appreciation of the Chinese Yuan against the US dollar was considered a one way bet by currency traders.

Over 70,000 Americans Sign Petition To “Remove Justin Bieber From Our Society”

Less than a week after singer Justin Bieber was arrested on charges of DUI and drag racing, a petition asking the US government to deport Bieber and revoke his green card, has been created on the White House petitions website.