12 Fascinating New Year’s Traditions From Across The World

While the whole world celebrates New Year, different cultures have their own intriguing and unique ways of celebrating the change in the calendar.

From tossing old furniture pieces out of the window to smashing dishes on your friend’s door, various cultures across the world have some unique and interesting ways to welcome the New Year.

Irrefutably, each one of us is impatiently waiting to bid adieu to 2020 and is looking forward to 2021 with a ray of hope that the COVID-19 pandemic finally sees its end. Interestingly, while the whole world celebrates New Year, different cultures have their own intriguing and unique ways of celebrating the change in the calendar. So, while we eagerly wait to welcome 2021 with higher energy than ever before, here’s a look at some unconventional and fascinating New Year’s traditions from across the globe. 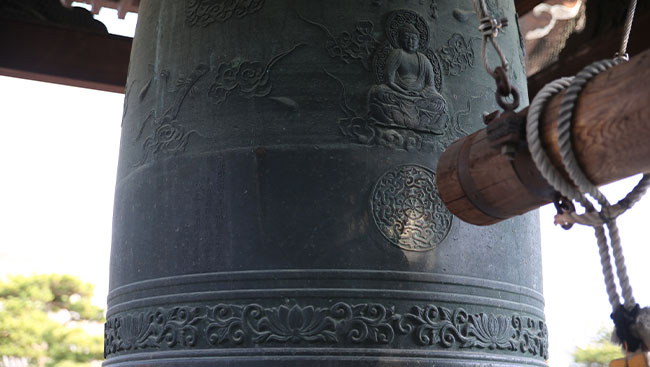 With its Buddhists beliefs, there is a traditional ceremony in Japan called ‘Joya no Kane', which is celebrated in their temple by the locals, where the bell is rung exactly 108 times, which is a sacred number symbolising each of the worldly desires or sins in the tradition. Some people also pull on the costume of the zodiac animal that is associated with the upcoming year.

You have probably heard of the tradition of kissing under a Mistletoe, but have you heard of burning one? Well, there is a specific New Year’s custom for single ladies desiring a partner in Irish culture. The women should keep Mistletoe (a wild berry associated with fertility in European mythology) under her pillow on New Year’s night and burn it the next day. This practice is believed to attract love in her life in the coming 12 months. There is another unique custom in Irish culture where a loaf of bread is banged hard against the wall and doors to ward off the evil spirits.

Toss Out The Old, South Africa

Taking the age-old adage — ‘Out with the old and in with new’— literally, people in South Africa have a unique tradition of getting away with the stagnancy of the previous year and starting afresh. They pull out their old pieces of furniture/appliances and simply toss them out from their windows or terrace to the ground. This is considered a way of getting rid of unnecessary clutter and symbolizes a fresh start, where old troubles and problems are thrown out. So, if you are in South Africa on New Year’s Eve, do watch out when you pass by someone’s window.

No grapes are sour in Spain on NYE. Spaniards love grapes, especially just before the countdown for the New Year’s begins. Exactly at midnight, while most of us wait to watch the fireworks, you will see almost every Spaniard's mouth filled with a bunch of grapes. According to their ancient tradition, inhabitants in Spain eat one grape a second for 12 seconds right at the stroke of midnight. If one eats all 12 grapes it’s considered good luck for the next 12 months. A delicious New Year’s tradition indeed! 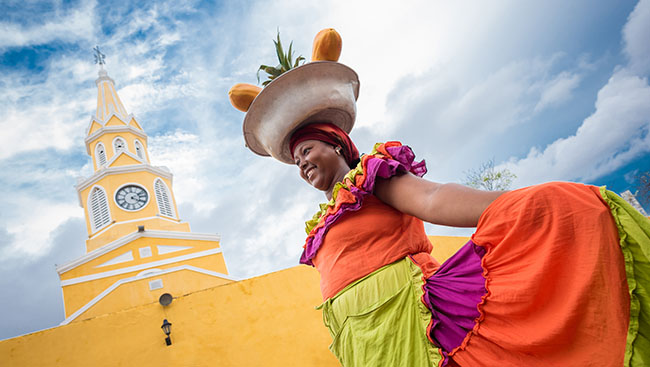 A Run With The Suitcase, Colombia

If you love to travel and wish to keep travelling for years to come, you must visit Colombia on New Year Eve. Colombians take their New Year’s celebrations seriously and have some interesting traditions for New Year’s called agüeros, which means omens. These agüeros are believed to bring Colombians and their families good things in the coming year. So apart from setting the dummies and scarecrows on fire, the locals, like Spaniards, also have a similar grape eating tradition at midnight. That’s not all, there is a tradition of filling one’s pockets and a coin purse with lentils in order to ensure prosperity in the new year, then there is the tradition of taking the first step at midnight with the right foot to ensure you start the new year on the right note, decorating the table with 12 wheat shafts and many others. However, the most fascinating one is to run around the block with your suitcase at midnight. Colombians believe that if you take your baggage outside on midnight on New Year’s Eve and run around the block with it, your next year will be packed with travel and adventure. It’s believed that the faster you run the more you travel in the coming year.

The Siberian New Year tradition is the most unconventional and chilling one. Just like a Christmas tree, there is Siberian New Year tree, but unlike the usual Christmas tree, this one is not placed, where you can easily spot it, rather it is planted at the bottom of a frozen lake. Siberians thrilling New Year’s event takes place at Lake Baikal in southeast Siberia, which is the world’s oldest and deepest freshwater lake. A bunch of brave scuba divers cut a hole in the ice-covered lake and dive as deep as 40 meters in minus 20 degrees to plant the tree at the bottom of the lake, while others dance outside celebrating it. Practically a chilling New Year’s tradition of all. 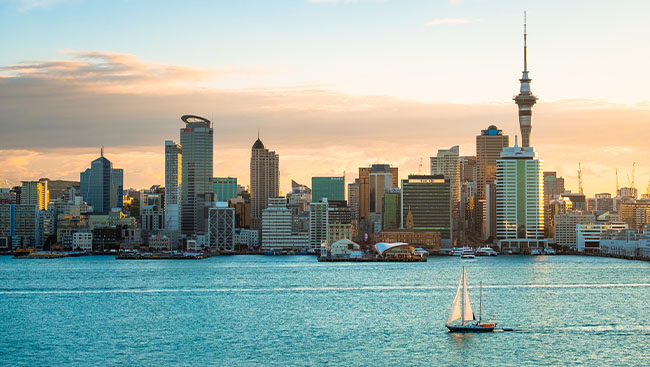 The Kiwis love high energy celebrations and their New Year’s tradition of welcoming the New Year certainly goes with a bang. As the clock strikes 12, New Zealanders celebrate it by banging the pots and pans loudly. Considering the time zones, it’s also one of the first countries to enter the New Year.

Along with the mesmerizing fireworks, Italy also has some fun rituals for welcoming the change in calendar. It is believed that red is the colour of love and fertility, so young men and women who are looking out for luck in their love life, wear red undergarments on New Year’s Eve to attract cupid’s arrow in the coming year. 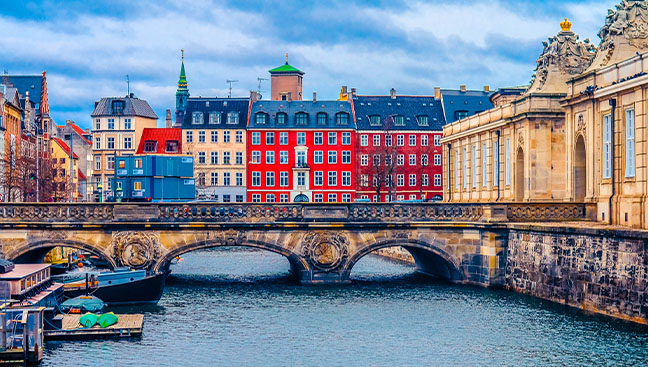 The popular New Year tradition in Denmark is the breaking of glass. It is believed that breaking of glass brings good luck and this custom is practised with a lot of enthusiasm. The ritual is to break and smash the plates on your friend’s door to bring them good luck. Bigger the heap of broken china on someone’s doorstep more their popularity.

'First footing' is a time-honoured custom in Scotland. Just as blessing the house with holy water, the ‘first footing’ is another ritual considered very important. At the stroke of midnight, people visit each other’s houses and it’s considered as good luck when one puts first foot in the house at midnight along with gifts like shortbread or black bun or coins, and in return they are offered a small bottle of whiskey. The exchange of food and gifts is considered auspicious for bringing in the new year with prosperity, wealth and warmth. 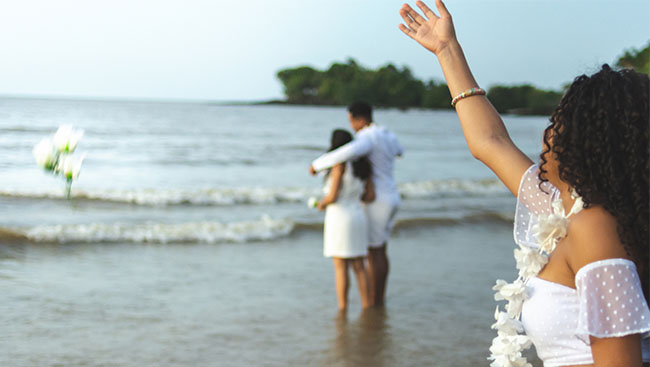 Brazilians have a beautiful and pristine New Year’s tradition. On New Year’s Eve, they head to the beach for their traditional way of welcoming the new year. Dressed in white, people offer white flowers and candles to the ocean. It is believed that the pagan Afro Brazilian goddess of the sea — Lemanja is pleased by the offerings. This is known to bring prosperity and also blessings for mothers and children.

Dinner For One, Germany

Germany’s New year celebration has an important highlight of eating their delicious doughnuts called Krapfen. That apart, Germans also follow the tradition of watching the English comedy ‘Dinner For One’ as the clock strikes midnight. It holds a world record in the Guinness book for the most repeated TV show ever. If you want to witness its popularity just walk into a bar during New Year and shout out the show’s signature line — “The same procedure as last year, Madam?” — in an instance you will hear back the crowd replying — “The same procedure as every year, James.”

Fall in Vancouver is an ideal time to spend in nature and try some off-season camping.

Rustle up some cherished family memories with some of these fun backyard activities.

These five winter getaways offer something for everyone

Fun Gift certificates for the Holidays

If you’re looking to do something different this year, step off the beaten path to discover some unique holiday fun.

Have Fun this Fall

Be sure to check out some of these events and activities across the Lower Mainland.