Learning multiple languages can not only help you communicate with family members and the community but can also give you an economic or academic advantage for the future.

Renowned British psycholinguist, Frank Smith, said, “One language sets you in a corridor of life. Two languages open every door along the way.” As technology has expanded and globalization accelerated, the world as we know it has become a global village, in which we have evolved into quintessential global citizens. From childhood and adolescence to adulthood, individuals are now focusing on learning multiple languages, not only to communicate with family members and their respective communities, but to also gain an academic or economic advantage for the future.

“We are now living in a global village, and language is always a great asset,” says Balwant Sanghera, a retired school psychologist, community activist, and president of Punjabi Language Education Association. “The more languages you know, speak or can understand, the greater the benefit is to you.”

From an academic or economic perspective, students are choosing to learn languages ranging from French and Spanish to Chinese and Punjabi, which will assist them in future careers. In particular, Punjabi is one of the most spoken languages in Canada, and according to Sanghera, there is a demand for dual-speaking individuals who can speak both English and Punjabi in a number of professions like government agencies, hospitals, banks and businesses. Speaking multiple languages is “an asset for employment,” he adds.

Today’s parents understand the importance of language, and many are teaching their native language or ‘mother tongue’ to their children in order to keep them connected to their ancestral roots. MacNamara says parents that have immigrated to a country where their language “differs from the dominant culture,” will want to share their language with their children. “It’s really because they want to share their history with the child and language embodies one’s history, values and culture.” 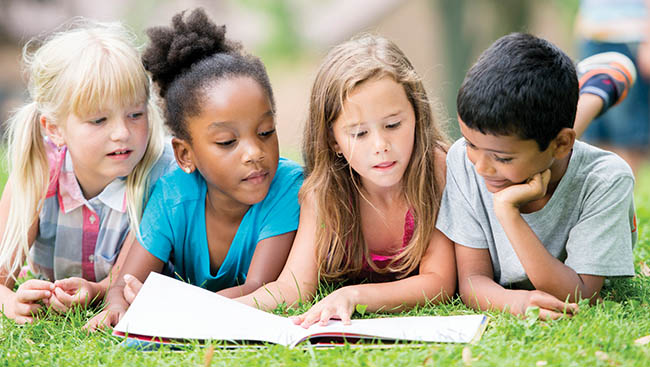 She further adds, “Language connects you to place, history and values. It also provides a sense of home and belonging and sharing something that is unique, it’s so incredibly important.”
Sanghera believes that speaking a common language in the household connects a family and creates a bond amongst its members. In the South Asian community, he encourages children to learn to speak Punjabi in order to communicate with their grandparents or extended family members who may not be fluent in English, thus strengthening overall communication and building meaningful relationships.
He advices families to spend 30 minutes together each evening and talk to one another in Punjabi, or their native language, to share their experience, “this is an excellent way to connect with one another and strengthen the familial bond.”

According to the Urban Child Institute (UCI), the first three years of a child’s life are “the most critical for language development, as the child’s brain is developing rapidly and is at its most receptive to new information.”

MacNamara, who is the founder of Kid’s Best Bet Development Clinic in Vancouver, and faculty at the Neufeld Institute, states that whatever your child is “exposed to helps shape the brain and the connections that are made. So whether it’s music or language, the brain is geared to wire up in conjunction with whatever the child or adolescent is experiencing in their every day world.” 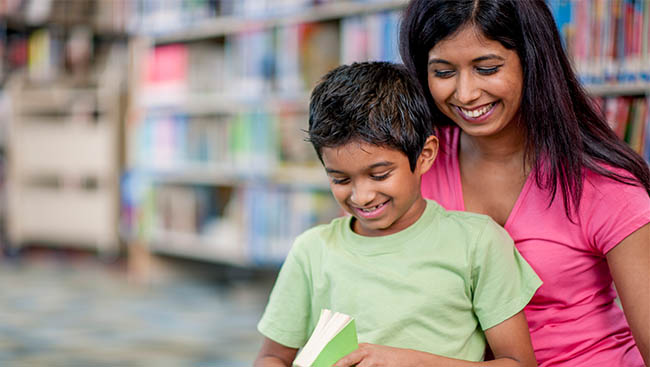 In most cases, a baby’s first classroom is the home and parents are the teachers. UCI suggests creating “a language-rich environment by reading books, telling stories and describing daily events to your child.” In addition, the institute says “language development is a two-way process” so engage in “frequent adult-child conversation” for practice and language refinement.
“I think the best way to learn language is when you’re attached to the people that are teaching it to you, it can be a language teacher at school or a family member at home,” shares MacNamara. “The question you fundamentally have to ask, ‘Is this child attached to the person, who’s teaching them the language?’ If not, it will be very hard to activate those neural networks in that direction, as learning follows relationships.”
She further elaborates, “For kids, when you put a relationship there that matters, for example, talking to a grandparent that they want to understand, there is a desire for connectedness, there is a huge motivation to learn one’s language – you have the motivation, relationship, context – it’s the ideal environment to learn a language.”
Whether you’re teaching your child an additional language for academic and economic advantage or to connect to family and ancestral roots, language plays an important part of a child’s development process and continues to assist the child throughout the years. Sarah Caldwell, American opera conductor and director, sums it up best: “Learn everything you can, anytime you can, from anyone you can; there will always come a time when you will be grateful you did.”
Prev Next

As our kids are back to school or about ready to start the new school year, here are three craft projects by Duct Tape Queen, Richela Fabian Morgan, kids will enjoy doing.

Back to School - The ABCs of Home Security

Home security should be part of every family’s back-to-school planning.

Back to School - The ABCs of Home Security

Welcome to Smiletown Dentistry  “Many parents have told us how excited they ar...