Bring back the dirt

We may be doing more harm than good by doing a really good job at keeping infants excessively clean.

Give them the healthiest and most appetizing dishes and yet infants would relish a random object resting on the floor or in most cases the floor itself. The mostly-unhygienic and not-so-polished eating habits of toddlers is one of the biggest concerns for parents as they race to clean and sanitize everything their child might come in contact with.
However, this practice of over-cleaning and maintaining a strictly hygienic surrounding might be doing more harm than good to your child’s immune system. With more and more studies reinforcing the ‘hygiene hypothesis’ – a study released in 1980s claiming lack of early life exposure to microbes alters the early life immune system priming – it is time to become more aware and re-strategize parenting rules in order to boost a stronger immune system.
“It comes down to the establishment of tolerance in the immune system. When we use the term ‘tolerance’ and ‘allergy’ we are really referring to the ability of the immune system to not mount every action against something that is considered to be foreign in the body. It is very much a balancing act,” says Dr. Kyla Hildebrand, Investigator, BCCH and Clinical Assistant Professor, Division of Allergy & Immunology, Department of Pediatrics, at UBC. Over the years, researchers have concluded that foreign organisms, such as bacteria and viruses that enter the body via dirt or foreign objects initiate the development of a healthy immune system.
Lack of exposure to these external substances hinders the development of the immune system that is at a crucial formative stage during the early years of life. “We feel individuals and infants are born with tolerance and they loose it overtime or they fail to establish it from the beginning,” adds Dr. Hildebrand. This habit of a toddler playing in dirt and with unhygienic objects is the result of an evolutionary process that inducts maximum encounter of the body with alien substances. To put it simply, when a toddler is putting dirt in his mouth or playing in the mud, he is exploring the environment and building up coping mechanisms against foreign microbes. 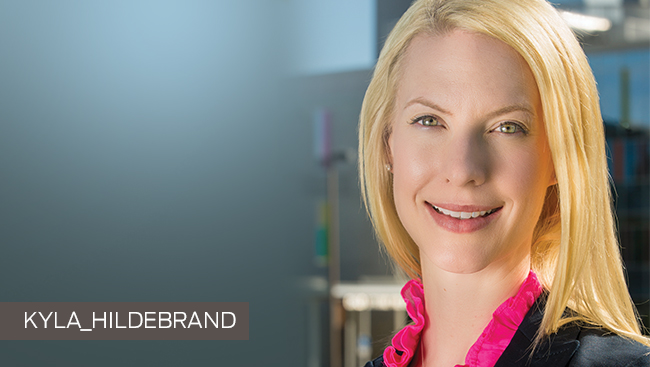 Multiple factors determine the risks an individual is exposed to during these formative years. Among other influences, these factors include a caesarean section birth, formula feeding, and growing up in an urban environment. “The overall goal would be to let infants and young children play outside. Eating a variety of foods and not restricting the diet unnecessarily can also reduce the development of allergy particularly in young children and infants,” Dr. Hildebrand explains.
The market is hoarded with disinfectant cleaning products, and although we have seen a spike of such products in the market, there has hardly been a reduction in allergy rates. A growing fetish with antibacterial products further deteriorates the catalogue of bacteria our body is build to guard us against. Taslim Jaffer, freelancer and writing coach and mother of three-kids, reflects on this by referring to her own childhood. “When I was a kid I was told to wash up before dinner but other than that, there weren’t
extreme measures taken to make sure my environment was germ-free. I caught a lot of colds as a kid but that really declined in frequency when I was in high school.”
Does this mean parents should push their children into filthy settings? Not at all. Bacteria is everywhere, in us and around us. A typical human body contains around 90 trillion microbes. Most of the bacteria we encounter externally is harmless and generally essential to promote good health.
Parents can adapt simple measures to reduce risk of allergies in the younger ones. One of them is contact with more people. Contact with a pet is ideal. “I often hear parents who worry about sending their young babies to daycare because of all the infections that they get. And although that’s true, they do get lots of infections and viruses, studies have shown that that likely protects them from developing allergies as older children,” Dr. Hildebrand briefs. A parent or sibling with a certain kind of allergy can also be a risk factor for developing allergy conditions therefore interaction with foreign sources is
recommended. 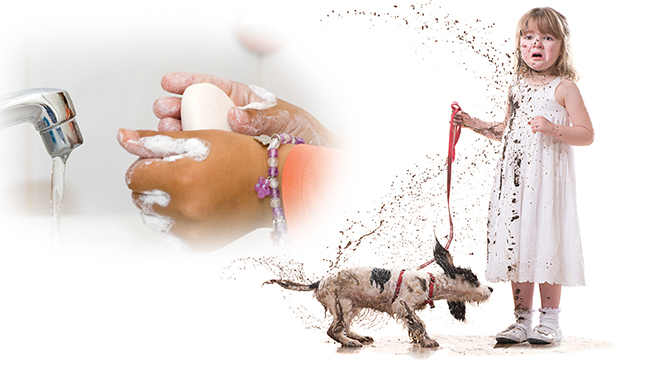 Another exercise that Dr. Hildebrand recommends is introduction of an overall diet as early as four to six months of life, for most babies or when a child is ready. This can be cow’s milk, soy, peanuts, tree nuts, wheat, sesame, and fish. In the past two year’s, the Canadian Medical Association Journal and the National Institute of Allergy and Infectious Diseases, US, have both backed this claim through journal reviews and publications. Once allergenic foods have been introduced, it is important to continue their consumption on a regular basis.
Another recommendation Dr. Hildebrand submits is consumption of antibiotics to treat bacterial infections only. “Antibiotics have no affect on viral infections. We know that frequent use of antibiotics can increase the risk of
asthma and allergy when it is used unnecessarily or not for the right reason.”
In South Asians, the risk of developing allergies is particularly high for children born to immigrant parents in North America. Studies have indicated that children of immigrants who grew up in a different setting on an alternate
diet have an increased risk of allergic diseases. This is largely due to altered environment and diet. “It speaks towards how the environment does play a role in the development of allergy.”

How to Train Your Toddler’s Immune System:

• Let infants and young children play outside. Let them roam around in the park barefoot.
• Encourage a complete diet in young children and infants, after consulting an allergist or immunologist.
• Avoid smoking. Smoke exposure increases risk of asthma and allergies in children.
• Not all mothers are able to breastfeed, but if you can, breastfeeding is recommended for the first six months for the baby.
• Early contact with higher number of
people. This can be done by enrolling your baby in daycare or taking to the park regularly.
Disclaimer: Speak to your allergist or immunologist before following any recommendations mentioned in this article.
Prev Next

Money can often be a taboo subject to discuss, but it’s important for parents to take charge and teach their children about personal finance and money management. When it comes to teaching your child about money, where do you start? According to the Financial Consumer Agency of Canada (FCAC), it is best “to start teaching children about money when they’re young. If you start early, you can build on their knowledge as they grow.”

Being a new parent to a beautiful daughter, Sarbdeep felt the urge to create something for the younger generations to come.

This year’s theme is Walk on the Wild Side.

After giving birth, find the right class or program for yourself and get out there with your baby. Not only will you meet new people, but you are taking care of yourself, both mentally and physically, after the baby is born.

We do great injustice to mothers shaming them as ‘bad’ or ‘good’ mothers based on their breastfeeding preferences.

Here’s my opinion on why I believe the manner in which Indians parent needs to change immediately.