Reducing the Risks of Breast Cancer

The importance of getting in touch with your breast health

October is Breast Cancer Awareness Month. As the most common cancer among Canadian women, it’s hard not to know someone who hasn’t been affected by breast cancer.

In 2015, one in four cancer diagnoses were breast cancer. The same year saw an estimate of 25,000 women in Canada being diagnosed with breast cancer, averaging 68 new cases diagnosed daily. 5,000 women are estimated to die each year as a result of their diagnosis, with breast cancer accounting for 14 per cent of all cancer-related deaths. Terrifying statistics for over half of the Canadian population who may be at risk.

While rates of breast cancer deaths have declined in every age group since the 1980’s, down 44 per cent as a whole since the mortality rate peaked in 1986, the statistics are still unnerving despite the increased education and awareness, early detection, and advanced methods of treatment. As research continues, women now know more – and want to know more – about the risks of developing breast cancer and what can be done to aid in the prevention of the deadly disease.

Breast cancer is a disease that occurs when cancerous cells form in the tissue of the breast. It is an uncontrolled growth of breast cells that continue to grow and can invade surrounding healthy tissues. While not always the first symptom, the most noticeable one is often an irregular lump felt in the breast.

With one in nine Canadian women expected to develop breast cancer in her lifetime, it’s hard not to wonder what can be done to reduce a women’s risk. While research can’t say for sure what causes breast cancer, they do know that certain factors – some controllable, others unavoidable – will increase or decrease the risk of a positive diagnosis. 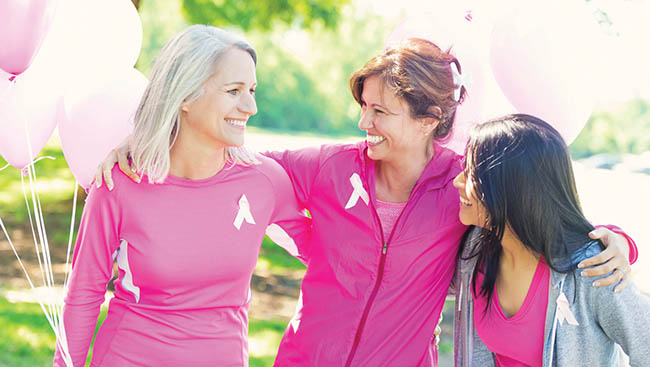 WHO IS AT RISK?
Gender
“If you’re a woman, you’re at risk of developing breast cancer,” says Janette Sam, screening operations director of the Screening Mammography Program at the BC Cancer Agency. Approximately 99 per cent of all breast cancers occur in females. Only 220 males were estimated to be diagnosed with breast cancer in 2015, making gender one of the biggest risk factors for developing the disease.
Age
As we age, our risk for developing breast cancer increases. According to the Canadian Breast Cancer Foundation, it was estimated that 82 per cent of new breast cancer cases will occur in women over the age of 50 in 2015.
“In B.C., we recommend that women can start screening when they are 40 years old but by the time they reach 50 they should be coming in and having regular screening mammograms,” suggests Sam.
Noteworthy is that women under the age of 50 are not targeted for breast cancer screenings due to a lower prevalence, however, the cancer is often more aggressive and advances quicker when diagnosed in younger women.
Family history
Having a close relative with breast cancer, whether that be a mother, sister, or daughter, almost doubles a women’s risk of a positive diagnosis. “If you do have a family history,” says Sam, “that puts you at a higher risk and so we recommend that you come in [for screenings] annually at the age of 40.”
Other factors that increase one’s risk include dense breasts, early menstruation (before age 12), late menopause (after age 55), and having a personal history of breast cancer. Having a baby after 30 or not having one at all, genetics, and ethnicity have also been found to play a role in the risk of developing breast cancer.
While these factors all may play a role in your risk of developing the disease, only 5-10 per cent of breast cancers have a genetic cause. Lifestyle factors, or those that can be controlled, account for up to 42 per cent of cases. 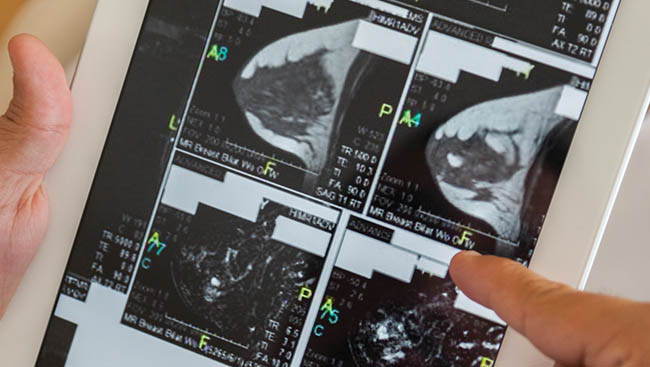 Many factors may be out of our control but, fortunately, certain risks are at the mercy of our choices and can be reduced based on lifestyle changes.

Weight
Those who maintain a healthy weight, especially after menopause, have a lower risk of a breast cancer diagnosis than those who are overweight or obese, says Sam.
Exercise
“It’s important to maintain an active lifestyle,” Sam says. “We know that physical fitness is really good for your entire body including reducing your risk of getting breast cancer.”
Alcohol consumption
While it doesn’t come without controversy, Sam’s third suggestion is to not only limit alcohol but to eliminate it. “We do know that with reducing your risk of breast cancer, less alcohol is better but studies actually show that no alcohol is best as far as if you’re concerned about getting breast cancer,” she says.
Breastfeeding
If possible, several months of breastfeeding can help reduce a mother’s risk of developing breast cancer. While not applicable to all those who may be at risk, it brings benefits beyond nourishing a baby.
Hormone therapy
If hormone therapy is prescribed, it’s a decision that shouldn’t be taken lightly as its use has been linked to a higher risk of a breast cancer diagnosis. “It’s really important to talk to your doctor about whether it has benefits for you,” cautions Sam. “Sometimes you just have to balance whether the benefits you’re going to get from hormone therapy will be greater than the risks of taking it.”
Other modifiable factors that can increase one’s risk of breast cancer include smoking, a poor diet, and exposure to chemicals.
By understanding how these factors may play a role in your life and evaluating your lifestyle in regards to the known risk factors, certain behaviours may be modified in attempt to prevent or decrease your risk of breast cancer.
It is important to note that being at risk for breast cancer and identifying with more than one risk does not mean that you will develop the disease. Unfortunately, the same can be said for those without many risk factors; a decrease risk does not mean that you will undoubtedly escape cancer’s stranglehold. 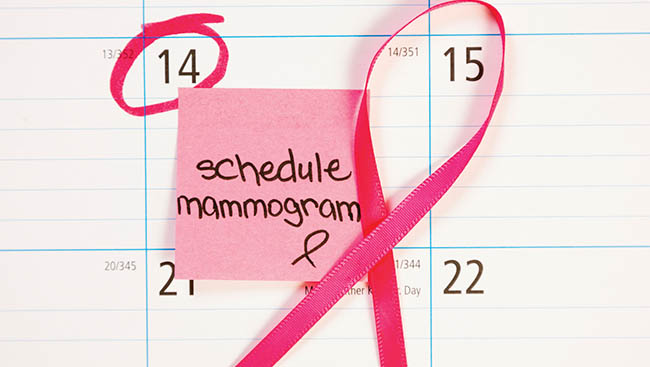 “75 per cent of women diagnosed with breast cancer have no identifiable risk factors,” Sam says, adding, “There are a lot of women out there who say I do take good care of myself, I do exercise, I do eat well, I can’t understand why I should be at risk for breast cancer. The unfortunate truth is that a good percentage of the women who do get diagnosed have no identifiable risk factors.”
So while breast cancer can’t be predicted or prevented, early detection is essential to controlling and combatting the disease. “One misconception that we get from people is that they think that having mammograms is preventative. Another misconception is they think if they get a mammogram and everything is normal, they’re good to go forever and that’s not true either,” explains Sam.
“Mammograms are not preventative; they’re just a way of checking for those early changes so that we can find problems when they are small and deal with them easier and requiring less surgery and treatment. Just because you have a normal mammogram doesn’t mean you’ve got a clean bill of health for the rest of your life. Cancer can develop over time and that’s why we like you to come in regularly for your mammograms to get checked.”
“There’s no perfect test out there,” admits Sam. “So even if you have a negative mammogram or ultrasound, if you notice any changes in your breast,  you should go in and see your doctor right away and allow them to do further testing.”
Certain risks will exist despite any measures taken to avoid and protect against breast cancer but understanding your body and what it means to be healthy – both overall and when it comes to your breasts – can help prevent the disease from becoming deadly. Being aware and in tune with your breast health may be the best defence for beating breast cancer.
Prev Next

Are you wearing the right shoe?

Usually, low back problems are a result of sporting high heels. It is believed that 55 per cent of women experience spine conditions, particularly low back, more frequently than men.

Are you wearing the right shoe?

It’s always sad to see it go, but the season of sun is on its way out and fall and winter a...

Using the suit, researchers will be able to more accurately report and assess tremors.

7 Ways to Have a Better Morning

7 Ways to Have a Better Morning

When Working Out in the Heat

We’re all excited once summer comes – the season for getting outside and getting active. Whether that means running, hiking, cycling, or performing any other form of outdoor exercise, you’ve finally got the weather on your side.

When Working Out in the Heat

Summer is the season to boost vitamin D levels

According to the Vitamin D Society, summer is the best time for Canadians to naturally generate vitamin D, which has many positive effects, including reducing the risk of developing serious diseases, such as cancer, cardiovascular disease, diabetes, multiple sclerosis, osteoporosis and others.

Summer is the season to boost vitamin D levels