What Is Keeping Farhan Busy These Days?

Darpan News Desk, 10 Dec, 2016
Farhan is currently working on an Indie English album with James Sanger who's worked with U2, Madonna and Phil Collins in the past.
Farhan for years has been writing songs and poetry and has now decided to share it through an untitled English album.
It could take them weeks or even a couple of months to come out. The songs are written and the basic composition is done.
Farhan on sharing his thoughts added, ` I'm collaborating with James Sanger, a France-based British producer who's currently in India and working closely with me on the four songs about personal experiences which we have shortlisted for the EP (Extended Play)`
James is already a big name in the music business and over the last 25 years has done some exceptional work. 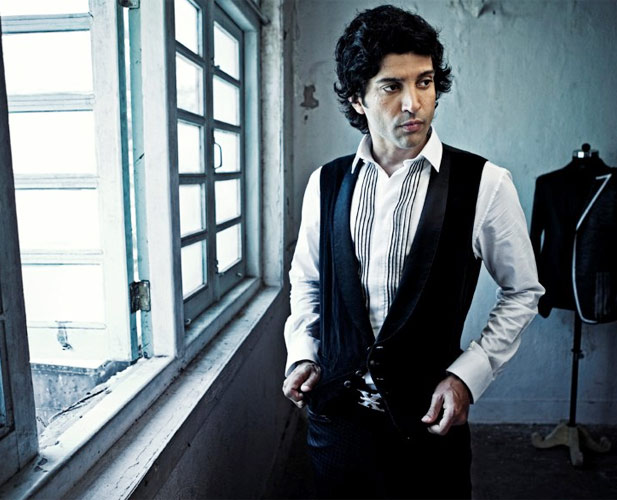 The actor is all excited to have James on board with him who was introduced to Farhan last month by his music agent.
Farhan wishes to achieve something which is like the sound of today and also what will be heard tomorrow.
The actor even received few genuine feedbacks from their listening sessions when they chose the four songs.
Farhan whom we all have heard sing in Hindi will be soon treating the audiences with English songs as well.
Farhan is currently engaged into placing the four songs and will soon release them.
Prev Next

Bollywood actress Sunny Leone, who has performed on the song "Laila main Laila" from "Raees", says Pakistani actress Mahira Khan -- who features as Shah Rukh Khan's love interest in the movie -- is a sweet person.

Will Pakistani Actress Mahira Khan Come Back To India?

Ritesh Sidwani, producer of Shah Rukh Khan and Mahira Khan-starrer film Raees, says that if they feel the necessity to bring the Pakistani actress to India for promotions, they will do it.

Will Pakistani Actress Mahira Khan Come Back To India?

Bholi Punjaban Is Back Again!

Bholi Punjaban Is Back Again!

When Ranveer Could Not Hold His Tears?

The flamboyant, high octane Ranveer Singh completely stumped the media in Delhi during a press conference.

When Ranveer Could Not Hold His Tears?