Darpan News Desk IANS, 06 Sep, 2018
A series of tweets, undersigned by Turkish hacker group Ayyildiz Tim, featured on Shahid's official Twitter page. One of the posts condemned the portrayal of Alauddin Khilji in Shahid-starrer "Padmaavat", which saw Ranveer Singh play the Delhi Sultan.
Shahid later shared an Instagram Story to clarify that his account was hacked. 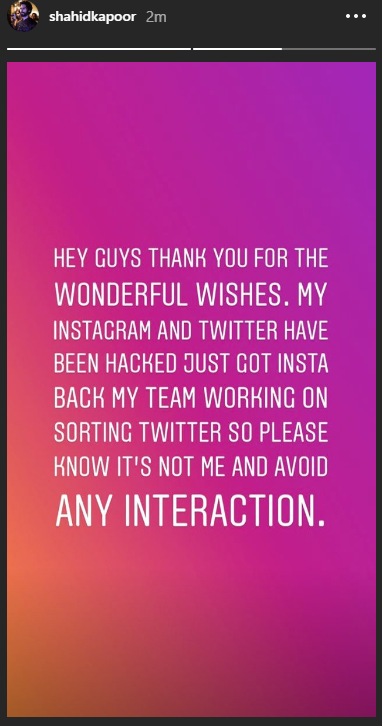 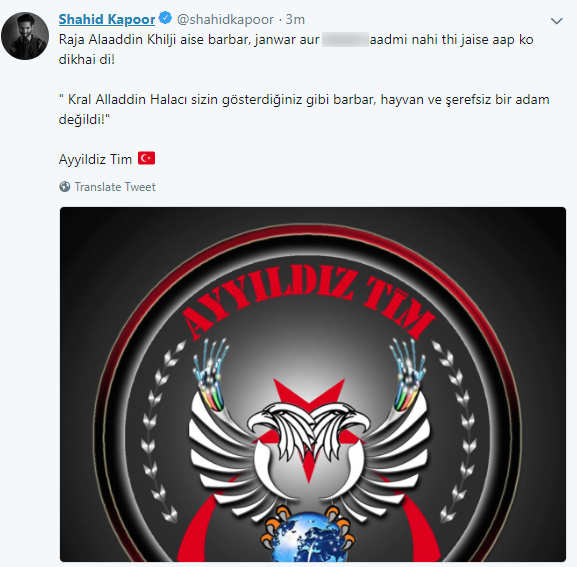 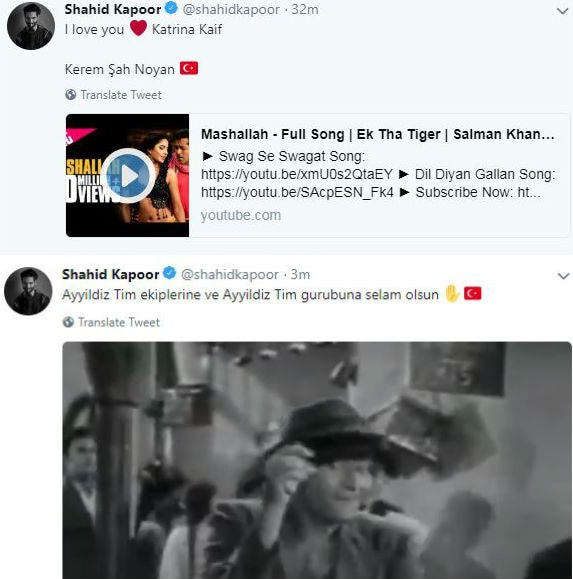 Shahid and his wife Mira were on Wednesday blessed with a son. The couple received congratulatory messages from friends, fans and family members.
The actor also took a moment to acknowledge the good wishes.
"Hey guys, thank you for the wonderful wishes," he added.
Shahid and Mira were already parents to daughter Misha, who was born in 2016.
Prev Next

Superstar Aamir Khan says his forthcoming movie "Thugs Of Hindostan" is just two months away from release and he is already nervous about it.

Shahid, Anushka, Radhika To Get Candid At Youth Summit In Delhi

Shahid, Anushka, Radhika To Get Candid At Youth Summit In Delhi

Actress Aishwarya Rai Bachchan will be honoured with the inaugural Meryl Streep Award for Excellence at the first Women in Film and Television (WIFT) India Awards.

Chitrangda Singh To Be Seen In New Food Show

Actress Chitrangda Singh has been roped in to be a part of a unique food-based show on AXN, marking her first appearance in the English general entertainment channel space.

Chitrangda Singh To Be Seen In New Food Show

Superstar Salman Khan says that he doesn't do "meaningful films" but his movies carry "huge messages".