Kareena Is Special To Me, Saif Has Swag: Diljit Dosanjh

Punjabi singer-actor Diljit Dosanjh is bowled over by the B-Town couple Saif Ali Khan and Kareena Kapoor Khan. While Saif has got the swag, his wife and actress Kareena will always be special to Diljit.

Earlier this month, the "Do you know" hitmaker used social media for his "new song alert". Going by the song's title, "Kylie + Kareena", it seems like it is inspired by his virtual crush -- reality TV star Kylie Jenner and Kareena.

A while ago, he had also posted a photograph of Kareena with Saif and their son "superstar" Taimur. Asked about his love for the couple, Diljit told IANS here: "I can't hold back my feelings. What I feel inside, shows on my face. The other day, I was at an airport. I saw a picture of Saif and Kareena. They looked very cool. There is just one person in Bollywood whose dressing sense I really like and that's Saif Ali Khan. He has swag.

"Kareena, on the other hand, is special to me because my first Bollywood film ('Udta Punjab') was with her. So, when I saw that pic, I thought that they looked really cool. And they were accompanied by the superstar - Taimur." 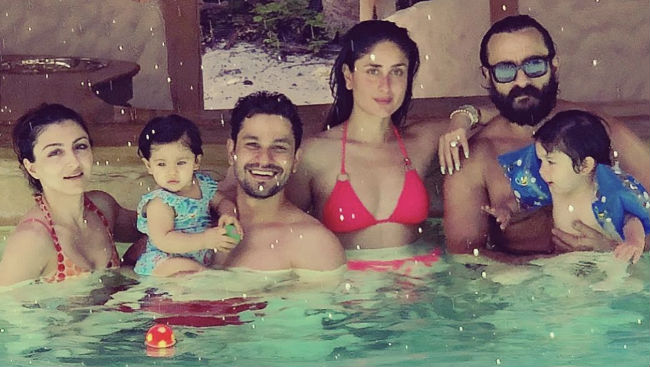 The upcoming film "Good News" will bring back Kareena and Diljit together on the big screen.

Without revealing much, he said: "I just know that the film will be releasing in September."

The release of his other Hindi film, "Arjun Patiala", has been pushed to July 19.

"I am not the producer. Producers thought that July 19 was a better date. What can I do? I am just an artiste. I have worked in the film and not made it," said the "Jatt & Juliet" actor, whose wax figure at Madame Tussauds here was unveiled recently. 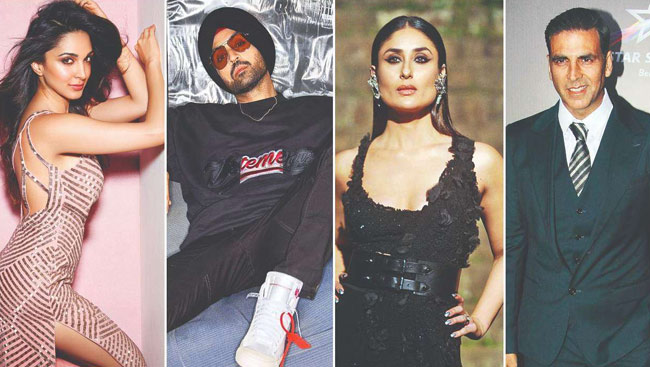 He created history by being the first turbaned Sikh to get a wax figure in Madame Tussauds Delhi.

"It wasn't planned. It was God's plan," said Diljit.

Asked how his family reacted to this achievement, he said: "At home, we don't talk about my films, songs, achievements or flops. We keep personal matters at home only and professional outside.

"We just do routine talk like my health, if I am eating properly or not etc."

The girl, who rose to fame thanks to social media, sure gets targeted a lot by it. Priya Prakash Varrier has once again received severe trolling and this time it was for a caption ‘goof-up’.

Priyanka Chopra Jonas has fans all around the world. Her loyal fans made the sweetest gesture for her while she was leaving the Jonas Brothers concert in Atlanta.

Now he is ready for a multi-starrer like "Kalank", produced by Karan Johar and directed by Abhishek Verman.

Supermodel-actor Milind Soman and his wife Ankita Konwar are giving major couple goals with their sizzling chemistry amidst the serene beaches of the Maldives.

Actor Ayushmann Khurrana is ecstatic about the golden run of his film "AndhaDhun" in China. He says it proves how cinema goes beyond language and borders.

Megastar Amitabh Bachchan is upset that not enough has been said on the "silent success" of his latest film "Badla", directed by Sujoy Ghosh and produced by Shah Rukh Khan.